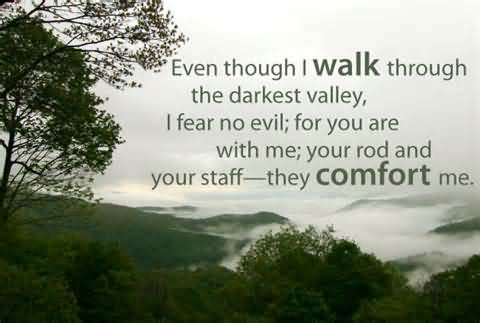 I hate death. Let me try to clarify that a bit. I abhor, loathe, detest, despise death. I hate that death separates us from people we love. I despise the fact that death creates a chasm which we have no ability to bridge. I loathe the pain that those who grieve must endure. I detest having to learn a “new normal” that leaves me with a hole in my heart that is never filled.

Two weeks ago, my family laid my father to rest. I can’t argue with the fact that it was his “time.” After a series of illnesses, his body was simply worn out. He fought hard and without complaint, but the outcome had been apparent for quite some time.

When I think of my dad, I am totally at peace. He has been released from a body that was no longer working. He is free from pain and illness and suffering. In death he found freedom.

But, for the family he left behind, the opposite is true. Dad’s freedom came at the price of our sorrow and grief. My parents started dating in high school and married their senior year of college. In the blink of an eye, 57 years of marriage was over. My children lost the only grandfather they have ever known. My sibling and I now rank among the “fatherless.” Grief work is a lonely and solitary journey, though almost every human being experiences it sooner or later. Tears are my daily companion right now. And, re-entering my life has been painful.

As divine providence would have it, I returned to work last Sunday to preach on the resurrection. I had been doing a sermon series on the Apostles’ Creed and Sunday was the last week of the series, so there was no wiggling out of the text I was going to use. The Apostles’ Creed ends with the words, “I believe in the resurrection of the body and the life everlasting.” How on Earth, I wondered, was I going to be able to preach that just a week after my dad’s funeral?

One of the gifts I have received from of our study of the Apostles’ Creed has been the reminder that if what I believe doesn’t make a difference when life pulls the rug out from under me, then my beliefs really don’t matter at all.   If I believe in resurrection and everlasting life, then that says something to me about how I view my father’s passing and how I mourn his loss.   And, that is indeed the case.

First, I grieve with gratitude. My pain co-exists with profound thankfulness for who my dad was, for all he taught me, for what a phenomenal “Gramps” he was to my children, and for the integrity that was a hallmark of his life. I had the privilege of speaking at his funeral, sharing my reflections of Dad as I was growing up. There were a number of funny stories to tell, and I think he would have loved that there was a lot of laughter, as well as tears, at his send-off. I have much for which to be grateful, and I am.

Second, I grieve with hope. The Apostle Paul wrote about death to one of his churches, reassuring them with these words:

“If Christ has not been raised, your faith is futile and you are still

in your sins. Then those also who have died in Christ have perished.

If for this life only we have hoped in Christ, we are of all people

My hope is grounded in the resurrection of God’s own Son, Jesus Christ. Scripture teaches that because Christ was raised from the dead, we also will be raised. Death will not be the defining event of our lives. Death will not have the last word. Someday, we will be reunited with those we love.

Finally, I grieve in faith. I trust that God is at work during this time of mourning, difficult though it is. I trust that God’s timing was right, that God’s presence will continue to comfort me and my family. I trust that good will somehow come from this painful experience, though I have no idea right now what God’s good and redemptive purposes might be. But, I don’t have to know. My invitation is to put my hand in God’s and allow God to walk with me through this valley of death. For today, I choose to walk with as much gratitude, hope and faith as I can muster. What about you?