Honor Those in Authority 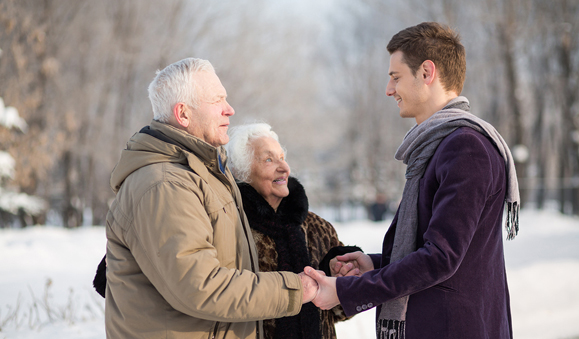 15 Oct Honor Those in Authority

You’ve heard the complaints and perhaps you’ve even complained about it yourself: the kids these days! What is the world coming to? One man, obviously fed up, put it like this: “Youth today love luxury. They have bad manners, contempt for authority, no respect for older people, and talk nonsense when they should work. Young people do not stand up any longer when adults enter the room, lay their legs on the table, and tyrannize their elders.”

“Honor your father and your mother, so that your days may be long in the land that the Lord your God is giving you.” That’s the fifth of the Ten Commandments, and it signals an important shift in the focus of God’s law. The first four commandments (no other gods, no idols, don’t take God’s name in vain and honor the Sabbath) speak directly to our relationship with God. Beginning with the fifth commandment, the focus shifts to how we relate to one another, and in describing what good and healthy relationships look like, God begins with our families. Loving one another starts at home. It doesn’t end there, which is one of the serious temptations and idolatries of our age, but it does begin there.

The fifth commandment is not just for kids. God isn’t taking a moment to have children’s church in the middle of the Ten Commandments. The aim of this command is to learn to honor those in authority. Learning respect begins with our parents but it also applies to every person in every relationship including the workplace, government, community and church. 1 Peter states it like this: “Be subject for the Lord’s sake to human institutions….honor everyone….fear God. Honor the emperor.” Of course, we don’t have an emperor, but in our context this means respecting officers of the law and representatives of the state. It means praying for our politicians. It includes obeying the laws of government and paying our taxes. It means being thoughtful about how we speak of elected officials, teachers, umpires, our employers, and the church staff.  We do not have to agree with those in authority, but that does not give us license to be disrespectful in how we express our differences.

The flip side to this commandment is that people in leadership have a responsibility to exercise authority in ways that honor God. Leaders are not to abuse their authority by being harsh or by overstepping their bounds. And, they must faithfully execute their duties. Parents are to lovingly provide for their children, nurturing their growth and development. Government officials are called to protect citizens and ensure just laws. Spiritual leaders are called to serve God’s people in the church.   And employers are to care for the people who work for them.

God’s law is really brilliant. Imagine a world in which people actually practiced the fifth commandment. It would put an end to all scams and scandals. It would stop abuse of position for personal gain. It would transform our homes, workplaces, schools, government and places of worship into places of trust, respect, kindness and care. As followers of Jesus we are invited to be the “pointy end of the spear,” to lead by following God’s commandments and thus, show the world what true freedom looks like. It’s not easy—but then, nothing that is eternally worthwhile ever is.