Jesus Breaks into our Daily Mundane 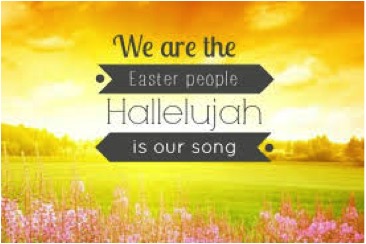 One of the most challenging scenes in the passion narrative of Jesus is his trial before the leading religious figures of his day. After his arrest in the Garden of Gethsemane, Jesus was led to the residence of the high priest. It was past midnight by this point, and the ruling religious council was called to a hastily convened and highly unorthodox meeting—in the middle of the night, during the high holy festival of Passover. Apparently, secrecy and urgency were of the utmost importance in dealing with Jesus.

The council was made up of 71 of the most pious men of their time. They were the ones who were in church every week, who carefully observed the Sabbath, who scrupulously kept the law. They were exactly the people you would most expect to recognize and worship Jesus, Messiah, the Son of God. But, they missed him. The God they claimed to serve walked right in front of them, and they could not see him.

This scene frightens me. It frightens me because I am one of those 71. I am part of the “religious crowd,” people for whom faith is vitally important, even personally defining. My life is built on a foundation of core convictions about who God is, how God is engaged in our world, and how God calls each one of us to be part of God’s divine story. These convictions were embedded in my life long before I became a pastor, so they are not so much about what I do for a living as they are about how I view and live life. They form the lens through which I understand and make meaning of God, myself, and the world.

The fact that it was people like me who missed Jesus when he was literally right in front of them makes me pause, get still, and wonder about the ways in which I might also be missing Jesus. A big part of the problem is fear, which I covered in some depth in Sunday’s sermon. But, another part of the problem then and now is expectations. People were looking for Jesus to be a certain kind of Messiah, one who would expel the Romans from Jerusalem even if it required violence. Instead, Jesus taught that his followers should love those very enemies. What kind of a Messiah is that?

That’s the kind of Messiah who focuses on the condition of one’s heart rather than external circumstances. Jesus was less concerned with the enslavement of his people to the political forces of the day than he was with their enslavement to idolatry, greed, pride and selfishness. Jesus knew that those internal forces were the ones that could warp their humanity and cause them to become no different from their occupiers.

Like people in the first century, our expectations of Jesus often center around wanting something in our lives to change—without us having to change. We are focused on the external—we want a better house or a better spouse, less illness or more money, a different job, less stress with our kids or elderly parents, more collegial co-workers or thoughtful neighbors. We’re so engrossed in our circumstances that we’re missing the reality that Jesus is walking around right in front of us. Jesus is present, involved, extending us grace, loving us, and inviting us to love others—even the “others” who are causing us grief, making life challenging, or misusing their power. Jesus is bearing witness to the peace and wholeness of the Kingdom of God and is reminding us that his Kingdom is already underway—regardless of what the circumstances would seem to indicate.

I don’t want to miss Jesus. I want to see Jesus because seeing Jesus is what allows us to be people of hope, people of the resurrection, Easter people. That is our calling, our vocation, our joy. Thanks be to God!