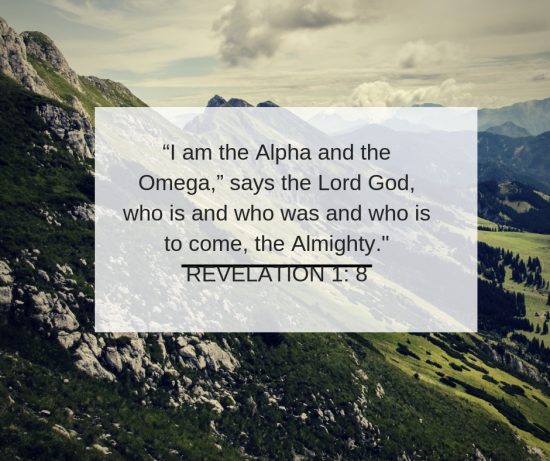 Have you ever considered how many questions we live with that are impossible to answer?

You can find these and many more so-called unanswerable questions if you simply Google “Questions impossible to answer.”  But really, many of these questions are, in fact, answerable. Which baby is the cutest ever? Well, mine, of course. Can you cry underwater?  Yes, your tear ducts still function underwater, but you won’t be able to feel the tears coursing down your cheeks because they’ll mix with the water around you.  But then again, why would you be crying underwater, anyway?

Today’s lectionary text for Christ the King Sunday is full of questions.  They are posed by Pilate, and Jesus responds to all of them—except one. The last one.

Pilate asks, “What is truth?”  And Jesus says nothing.

Perhaps Jesus said nothing because he sensed that it was a rhetorical question, and Pilate wasn’t really expecting an answer.  Perhaps Jesus saw it as a question asked in frustration by a guy under political pressure, and the relationship of politics and truth being what it is, Jesus didn’t feel compelled to respond.  But, it seems more likely that Jesus didn’t answer because he knew Pilate wasn’t really looking for the truth. Pilate wasn’t looking for what was true, but for what was expedient. His main concern was avoiding causing a riot in the streets or getting a phone call from the governor.

How did this little chat get started anyway?  It began with Pilate’s question, “Are you the King of the Jews?” Jesus responded with a question of his own, and the conversation continued.  Pilate repeated his question, “So you are a king?” To which Jesus answered, “You say that I am a king. For this I was born, and for this I came into the world, to testify to the truth.  Everyone who belongs to the truth listens to my voice.” Umm, was that a “yes” or a “no”?

Let’s not get too philosophical here.  Jesus wasn’t trying to get Pilate into a debate about Greek philosophy.  Jesus was not talking about the truth of philosophers, but the truth of, and about, God.  And Jesus knew that Pilate wasn’t ready to hear the truth about God, so he left unanswered Pilate’s final question, “What is truth?”

But that doesn’t mean Jesus had nothing to say about truth.  Elsewhere, Jesus makes plenty of statements about God’s truth.  The truth, according to Jesus, is that:

So the question, “What is truth?” is not one that’s impossible to answer.  What is difficult, but not impossible, is Jesus’ statement that “everyone who belongs to the truth listens to my voice.”  That Jesus chooses the word “belongs” is significant. He didn’t say, “Everyone who corners the truth listens to my voice.”  This kind of person, the one who’s convinced he or she has a corner on the truth, is not only scary, but dangerous.  We ought to keep in mind the wisdom of Proverbs 21:2: “A person may think their own ways are right, but the Lord weighs the heart.”

Jesus says that everyone who belongs to him “listens to his voice.”  This is not the first time Jesus has said this. Think about John 10 where Jesus talks about being the Good Shepherd.  “The sheep hear [the shepherd’s] voice and follow him because they know his voice.” He goes on to say, “I have other sheep that do not belong to this fold.  I must bring them also, and they will listen to my voice.” Finally, he says, “My sheep hear my voice. I know them, and they follow me.” Thus, to “belong to the truth” and to listen to Jesus’ voice is to be a member of the flock over which Jesus is the shepherd.

It might be instructive to ask where in our culture these days do we see examples of belonging to the truth?  Certainly, when people care for those Jesus described as “the least of these,” often that care is given by people who are listening to Jesus’ voice.  Comforting the elderly or infirmed, meeting the needs of the hungry or homeless, offering hope to the disadvantaged or discouraged—when we respond to our neighbors with kindness, mercy and love, without expecting anything in return, we are hearing the voice of Jesus and belonging to the truth.

But we can also learn about belonging to the truth by considering when we fail to listen to Jesus’ voice.  We don’t “belong to the truth” when we:

Years ago, the Danish theologian and philosopher Soren Kierkegaard studied this passage in John and warned that one way we can turn from truth is by accepting Christ’s teaching without accepting Christ the person.  “We want truth the easy way,” Kierkegaard wrote, but “this is to abolish truth, for Christ the teacher is more important than the teaching.”

Which brings us back to Pilate’s question.  “What is truth?” it turns out, is not an unanswerable question.  Christ is the truth.  Jesus didn’t answer the question when Pilate asked it, because Pilate wasn’t interested in knowing the truth who is Jesus himself.  But, he answered it elsewhere when he said, “I am the way, the truth, and the life.” If you want to know God, look at me.

Christ is the truth, and the lesser truths of what should be done in the complex situations of life can best be found not just by consulting the rules and the precedents, but by listening for Christ’s voice.  May we have ears to hear on this Christ the King Sunday. Amen.