Use the Good China..and Other Life Lessons 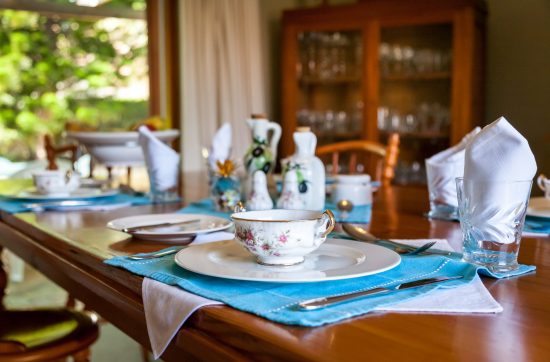 07 Feb Use the Good China..and Other Life Lessons

In his book If You Want to Walk on Water, You’ve Got to Get Out of the Boat, Presbyterian pastor and author John Ortberg tells the story of a special set of dishes that was given to his mother.  The dishes originally belonged to John’s paternal grandmother and upon her death, they were offered to his mother as an alternative to taking them to the Salvation Army.  When his mother, Kathy, opened the box containing the carefully wrapped pieces, she was shocked to discover some of the most exquisite china she’d ever seen. Each plate was hand-painted with a pattern of forget-me-nots.  The cups were inlaid with mother-of-pearl. Every piece was rimmed with gold. The plates had been handcrafted in a Bavarian factory that was destroyed during the Second World War, so they were literally irreplaceable.

What struck Kathy as odd was that she had been part of the family for twenty years, yet she had never seen this china before.  She asked her husband about it. He had grown up in the family, after all, but he had never seen it, either. Eventually they found out from some older family members the story of the china.  When Ortberg’s grandmother was a child, she was given this china over a period of years. They were not a wealthy family, and the china was quite valuable, so she received only one piece at a time as gifts—for confirmation, graduation, a birthday, and so on.

But why had no one in the family ever seen it?  Ortberg relays something of his family history. He had two great-aunts who lived for eighty years in a beautiful Victorian home built by their father in the 1800s.  The most beautiful room in the house was the parlor. It was generally reserved for very special guests, but no guest that special ever came to the house, so the parlor was never used.  Similarly, Ortberg’s grandmother carefully wrapped each piece of china she received and stored it in a box, saving it for a very special occasion. No occasion that special ever came along, so his grandmother died with the greatest gift of her life unopened and unused.

It is sad enough when a commentary like this is made about a set of exquisite dishes, or a room in your home, or a special gift.  But sad becomes tragic when the same thing can be said of our lives.  We each have been given numerous gifts, and with these gifts comes the responsibility to share them and to use them, even though risk is always involved in giving our gifts to the world.  To “play it safe” by leaving our gifts tissue-wrapped in the box unopened is to lead lives that are fraught with unrealized potential and unfilled longings. Rather than a sense of purpose, there is boredom.  Rather than engagement and energy there is a constant, low-grade level of listlessness or apathy. Gregg Levoy calls it “the common cold of the soul.” You know you’re a sufferer of this syndrome when:

There is no tragedy like the tragedy of the unopened gift.

Friend, you are the gift.  Are you opening your heart and life to share your gift with the world?  Please, please do it today.