A Season of Preparation 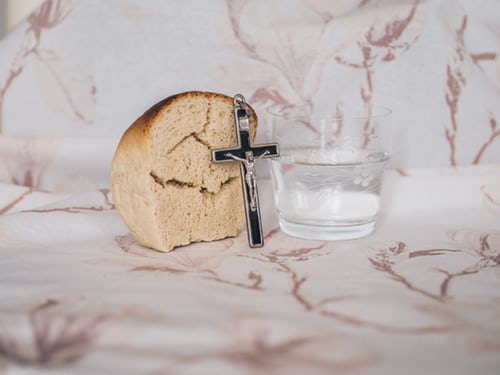 27 Feb A Season of Preparation

Last night my church hosted an Ash Wednesday soup supper followed by a Taize-styled worship service.  Three of our “sister” churches joined us, as has become our tradition. It is a tradition I love, as the four churches get together annually over a meal and worship to launch the season of Lent.

Do you know what the word “Lent” means?  Does it mean:

It means springtime.  Don’t feel bad if you didn’t know it, because a lot of pastors wouldn’t get it right, either.

Isn’t it interesting that we can celebrate this season year after year and not know what it means or what it’s all about?  Credit that to the wonders of religion! But in the interest of being better informed, let me share a bit about how this liturgical season came to be.

For centuries the church used the forty days leading up to Easter as a time to remember the forty days that Jesus spent in the desert.  The church called these forty days by a Latin word: Quadragesima.  But during the Middle Ages they started using the word, “lent”, meaning “spring” because it happened every spring and it was a lot easier to say!  Spring and the Forty Days became synonymous.

Jesus’ time in the wilderness was the prelude to his public ministry, his time of preparation for all the healing, teaching, and community-building he would do over the course of the next three years.  What does it tell us that Jesus’ primary “tool” for his preparation was fasting? He went without food for forty days and like any human being, he was famished by the end of it. In that weakened condition, he was subjected to temptation, to the same kinds of temptations we are—to a quick fix for his emptiness, to wealth, to power.

The story implies that while Jesus was physically weakened by the sustained lack of nourishment, he was spiritually and emotionally stronger because of it.  Surely one reason is that Jesus voluntarily embarked on this season of personal discipline which is very different than when starvation is forced upon someone.  A helpful comparison might be the extreme rigors an Olympic-quality athlete puts her body through because the ultimate prize is worth the sacrifice and pain. The long-term goal makes the short-term adversity and demands worthwhile.  Because Olympic athletes train for years, and even decades, it takes a disciplined mind to keep the big prize in sight on days when it’s tempting to give up and eat a Twinkie.

Fasting as a spiritual discipline doesn’t seem to be as widely practiced as it once was.  I wonder if that’s because we’ve lost a sense of why fasting is rewarding and a significant, powerful tool in our spiritual toolbox.  Maybe we lack the vision to image the ministry God wants us to do and why preparation might be a vital part of our call to that ministry.   No top caliber athlete would dream of showing up at the track/pool/field without preparation. Lent is the church’s season to get ready for what God has in store for us.