A Time to Love 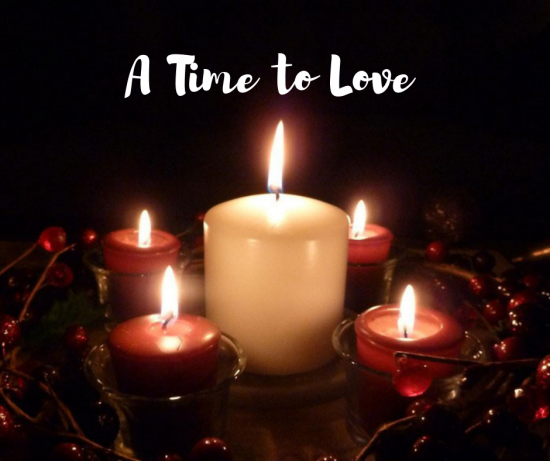 Thirty years ago, a film was released based on the Charles Dickens novel Little Dorrit.  It is a six-hour epic in two parts.  The two parts don’t follow in sequence, telling the first and second halves of the story.  Instead, each part shows the whole drama, but from a different point of view.  First, we see the action through the eyes of the hero; then, the same story through the eyes of the heroine.  A few scenes are identical, but in the second part the audience understands many things that weren’t clear the first time around.  The use of this double story technique enables the viewer to get a sense of depth and perspective on the whole dramatic story that a single view could never capture.

The Bible does something similar with the story of Jesus’ birth.  From Matthew’s gospel, it is seen through the eyes of Joseph; from Luke, we see it through Mary’s.  No attempt is made to bring them into line.  The central fact is the same; but instead of Luke’s picture of a perplexed, thoughtful Galilean girl who learns she will give birth to God’s Messiah, Matthew shows us the more sober Joseph, discovering that his fiancé is pregnant.  The point where the two stories do converge is when the angel says to Joseph, as Gabriel says to Mary, “Do not be afraid.”  That is always an important word for us to hear, too, as we read the accounts of Jesus’ birth.

From Matthew we learn the name that will given this special child.  The name Jesus was a popular boy’s name at the time, being in Hebrew the same as Joshua, who brought the Israelites into the Promised Land after the death of Moses.  Matthew sees Jesus as the one who will complete what the law of Moses pointed to but could not, of itself, produce.  He will rescue his people, not from slavery in Egypt, but from the slavery of sin, the ‘exile’ they have suffered not just in Babylon but in their own hearts and lives.

By contrast, the name Emmanuel, mentioned in Isaiah 7:14 and 8:8 was not given to anyone else.  It was a time-honored Jewish tradition that a name told you something important about the person who bore it.  Perhaps no one used the name Emmanuel because it would say more about a child than anyone would normally dare say, “God with us” being a bit more audacious than humility allowed.  But the gospel of Matthew is framed by this theme:  God with us at the beginning and at the very end, Jesus promises that he will be with us to the end of the age (28:20).  Together, the two names Jesus and Emmanuel express the meaning of Jesus’ story.  God is present with his people, which is to say, God doesn’t stay off at a distance, but is always active, expressing God’s love in unexpected ways.  And God’s actions are aimed at rescuing people from a helpless plight.  God, always the initiator, does the impossible, the inconceivable, coming in love to show us how to love.

The shocking thing about Jesus’ teaching, and indeed his entire life, is that we are told to watch what the incarnate God is doing and then do the same ourselves.  For Israel, it was a hard sell:  as the chosen people, they were challenged to realize that God doesn’t have favorites!  Israel isn’t chosen to be God’s special people while the rest of the world remains in darkness and anguish.  Israel is chosen to bear the light of the world, to be the salt of the earth.  Israel is chosen so that, through them, God can bless all people.  And that is a very different proposition than being the “special ones.”  Being light, being salt, being a channel of God’s blessing is a vocation, a calling, and a dangerous one at that.

The Israel of Jesus’ day has got enemies, both within and without.  There are the pagan nations who have overrun the land and subjected the people to harsh rules and taxes.  There are just as many dangers within, as movements of national resistance spring up, fueled by anger at the increasing injustice and wickedness.  And, the divisions within Jewish society are becoming more marked, with a few becoming very rich and the majority being poor, some very poor.

These were all pressing issues for the people listening to Jesus.  How did his kingdom-message apply to them?  And, how does it apply to us today?

Jesus offers a new vision of justice, a creative, healing, restorative justice.  The old justice found in the Bible was designed to prevent revenge running away with itself, to limit the scope of what could be done in response to a wrong.  Better an eye for an eye and a tooth for a tooth than an escalating feud with each side going one worse than the other.  But Jesus turns it all in the other direction.  Better to have no vengeance at all, he says, but rather a creative way forward, reflecting the astonishingly patient love of God himself who wants Israel to shine his light into the world so that all people will see that Yahweh is the one true God and that this God’s deepest nature is overflowing love.  No other god urges people to behave like this.

Jesus give three hints about the sort of thing he has in mind.  To be struck on the right cheek, in that world, almost certainly meant being hit with the back of the right hand.  That’s not just violence, but an insult; it implies that you’re inferior, perhaps a slave or a child or a woman.  What’s the answer?  Hitting back only keeps the evil in circulation.  Offering the other cheek implies, hit me again if you like, but now as an equal, not an inferior.

Or suppose you’re in a law court where someone powerful is suing you, perhaps because you couldn’t pay your debt, and he now wants the shirt off your back.  You can’t win, but you can show him what he’s really doing.  Give him your coat as well, for in a world where most people only wore those two garments, this action will expose what the rich, powerful and uncaring are really doing.  They are reducing the poor to a state of shame.

Roman soldiers had the right to force civilians to carry their equipment for one mile.  But the law was quite strict:  they were forbidden from making someone go further than that.  Turn the tables on them, advises Jesus.  Don’t fret and fume and plot revenge.  Copy your generous God.  Go a second mile and astonish the soldier with the news that there is a different way to be human, a way which doesn’t seek revenge, which doesn’t join the armed resistance movement, but which wins God’s kind of victory over violence and injustice.

These examples are sketches drawn to give you the idea of the kind of restorative justice that will mark God’s kingdom.  But you are intended use these examples to think through your own situations, asking and pondering what it would mean to reflect God’s generous love in your own circumstances despite pressure and provocation, despite your own anger, hurt, and frustration.

Impossible, you say?  Well, yes, at one level it is impossible.  But then again, Jesus’ teaching isn’t just good advice.  It’s good news.  And Jesus isn’t asking us to do anything he didn’t already do.  By his example he opened to us a new way of being human so that all who follow him can discover it.  When people mocked him, he didn’t respond.  When they challenged him, he told quizzical, sometimes humorous stories that prompted people to think differently.  When they struck him, he absorbed the pain rather than passing it on to others.  When they put the worst piece of Roman equipment on his back, he carried it out of the city to the place of his own execution.  When they nailed him to the cross, he prayed for them.

The Sermon on the Mount isn’t just about us.  If it was, we might admire it as a fine bit of idealism, but we’d then return to our “real” lives.  No; this sermon is about Jesus himself.  This was the blueprint for his own life.  He asks nothing of his followers that he hasn’t faced himself.  And, within his life, we see a theme grow larger and larger until we can’t miss it.  If this is the way to show what God is really like, and if this is the pattern that Jesus himself followed exactly, Matthew is inviting us to draw the conclusion that in Jesus, we see the Emmanuel, the God-with-us-person.  And that means the Sermon on the Mount isn’t just about how to behave.  It’s about discovering the living God in the loving and dying Jesus, and learning to reflect that love ourselves into a world that desperately needs it.

The irony is that it would be infinitely easier if all Jesus asked of us was to follow a set of rules that constrained our behavior.  The hardest thing Jesus could have ever asked of us is to love like he loves:

Impossible?  Absolutely.  Unless Emmanuel has come.  Unless God is with us, enabling us by the Holy Spirit to do what we cannot do on our own.  Unless the child in the manger really is more than just a baby, but a Savior, whose very life is Good News for us all.  Unless Love has come, enfolding us in the eternal love story of God for the world.  May it be so.  Amen and amen.