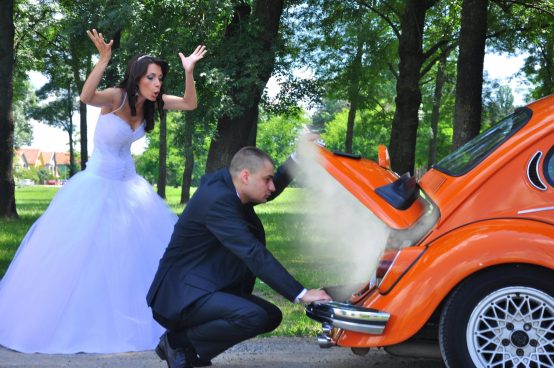 19 Feb Anger/Patience:  What Lies Beneath

In my office is a book I read about a decade ago called Strengthening the Soul of Your Leadership by Ruth Haley Barton.  The author tells the story of a trip she took to Florida.  While swimming in the surf, a man came running down the beach yelling, “Get out of the water!  Get out of the water!”  She swam as hard as she could toward the shore, then ran—heart pounding—the rest of the way.  When she turned around and looked back at the water, she saw a long, black shadow about six to eight feet long sliding under the surface of the water where she had just emerged.  She wondered if it was a shark but was told it was a saltwater crocodile, one of the most dangerous creatures in the ocean.  And while there had never been a saltwater crocodile reported in that area before, there it was.

Barton shares that the moral of the story is this:  what lies beneath the surface—of the ocean or our lives—really matters.  “Whether I know something is there or not is in some ways irrelevant,” she writes.  “My awareness of it or lack of awareness doesn’t make it any less real.  It doesn’t matter whether I have ever heard of [it] or whether I believe that such things exist.  The point is that there are things lurking under the surface, and it could be that others are seeing these things [even] though I am not.”

The deadly sins that we have been talking about over the past month are all destructive tendencies that lurk beneath the surface of our lives, whether we want to admit it or not, or whether we’re even aware of it.  As we’ve taken each sin in turn, I’ve also offered a corresponding “lively virtue” because the crux of bringing these sins to the light is that God wants to transform our hearts so that we can lay aside these deadly sins and instead bear the fruit of God’s Spirit.

Today we examine the deadly sin of anger and its counterbalancing virtue, patience.  Ranging from annoyance to resentment to raging fury, anger has a way of hiding beneath the surface, then popping up, often when you least expect it.  We only manage to get four chapters into the Bible before we see anger exploding on to the scene with deadly consequences.

It is a familiar and tragic story:  two brothers, two offerings.  One offering is acceptable and one is not.  Anger erupts and one of the brothers is dead.  We need to take care not to say more about this encounter than we actually know.  We do not know, for example, why one offering was approved and the other was not.  It wasn’t about the type of offering.  Throughout scripture we see both herdsmen and farmers presented in a positive light and their offerings finding favor with God.  But, something about Cain’s work was not well done, or perhaps the spirit with which he worked was the problem.  Maybe he was lazy or prideful or envious.  We don’t know the exact reason Cain and his sacrifice were not well-regarded by God, but we do hear the Lord’s warning to Cain that sin is lurking at the door.  Cain might have used this exchange with God as an opportunity to learn what God was asking of him and to grow in his ability to respond faithfully.  Instead, Cain compounds the original problem by allowing anger to take hold of him and, giving in to it, he murders his brother Abel.

Anger in and of itself is not sin.  Scripture tells us that God is angered by injustice, angered by people who sin and turn their backs on the God who loves them.  Jesus was clearly angry when he cleared the temple of those who abused and used people.  In fact, that scene in the temple is often cited by people who want to excuse their anger as “righteous anger.”  Author Jerry Bridges in his book Respectable Sins:  Confronting the Sins We Tolerate, gives two criteria for evaluating anger that is truly righteous.  First, “righteous anger arises from an accurate perception of true evil—that is, violations of God’s moral law.  It focuses on God and God’s will, not on me and my will.  Second, righteous anger is always self-controlled.  It never causes one to lose one’s temper or retaliate in some vengeful way.”  These are excellent criteria and when we’re honest in applying them, we quickly see that most of what we want to claim as “righteous anger” is actually rooted in defending our own ego.

When my children were young, one of the prevailing words of wisdom for parents was that children should never be corrected in anger. One of my children may well have done something wrong and it was my responsibility to use that incident as a teaching moment, to instill an understanding of right and wrong.  But my discipline needed to be given when I was not myself angry.  It was not always easy, and I didn’t always do it well, but that counsel proved exceedingly wise and helpful to Emily and David and to me.

Righteous anger will lead you to defend a victim, to address an inappropriate behavior, or correct an egregious wrong but never in a way that would diminish, damage or destroy.  Screaming at someone is not an okay means of righting a wrong.  Using derogatory or abusive language is not okay.  Belittling or demeaning another person is not okay.  If anger causes you to lose a grip on your mind, your mouth or your manners, you’ve crossed over into the deadly sin of anger.

Scripture has a lot to say about anger, and I think that’s because God knows what a difficult struggle we have with it:

Author Francine Morrisette provides the helpful reminder that anger is a tricky sort of sin because it has so many forms.  “Resentment is anger.  Passive-aggressive behavior is a form of anger, too.  Although anger sometimes looks like a red-faced shouting, stomping tantrum, it is frequently subtle and harbored in secret.”  Anger in all its forms is a serious sin, because it can lead to committing other serious sins.  People cheat, lie, steal and kill out of anger.  You may not have control over the things other people do that anger you, but you do have control over what you do when you are angered.  It is not a sin to feel anger and then let it go; it is a sin to act out on it or to hold onto it.

When I was in seminary, I took a one-week intensive class that was taught by a monk from the Society of St. John the Evangelist, an Episcopalian monastery in Massachusetts.  I’ve never forgotten Brother David sharing with the class his experience of working with men who were domestic abusers.  The first and hardest step, he said, was getting the men to understand and then admit that there is a space between what someone does or says and how we respond.  For the men, they saw their anger and its violent reaction as “givens.”  She did or said this, therefore, I was angry, and I hit her.  Some of the men, those who could not be rehabilitated, never were able to accept that there was a space in which they could make a different choice.  They refused to accept responsibility for their anger and its aftermath.

Let me be clear:  no one makes you angry.  People or circumstances may trigger the emotion of anger, but how you respond is a willful choice and each of us is responsible for the choices we make in response to anger.   We either discharge it in its raw and damaging state, or we allow it to be converted.  The way we convert it is to make the choice to be patient.

Patience is the virtue that gets at the root of our ego-centered need to advance our own agenda.  Frustration, anger, outrage and coercion are all manifestations of impatience.  Patience as a fruit of the indwelling Spirit of God is not a tense waiting for others to come around to our agenda or way of thinking.  It is instead a willingness to allow God to work in God’s way, in God’s time to bring everyone, including us, to God’s agenda for the situation.

The reason we struggle so with patience is that to wait patiently means we open our hands and relinquish control, and that process exposes our real idolatries, fears and motivations.  It is in waiting that we learn that God is not a genie in a bottle and that happiness is not a matter of God meeting our expectations.  It is in patient waiting that God invites us to experience the naked vulnerability of trust, as we refuse to take matters into our own hands and trust God to do what only God can do.

The word that is translated as patience in the original New Testament Greek language is makrothumia.  The makros part of makrothumia means “large or long” and the thumia part means heat or temper.  It means, quite literally, a long temper which of course, is the exact opposite of a short temper.  It conveys the idea of bearing long or being long-suffering with something or someone that annoys you.  It is the quality of self-restraint in the face of provocation.  The word is used of God in Psalm 145:8 when we are reassured that “The Lord is gracious and compassionate, slow to anger (that is, makrothumia) and rich in love.”  It is used for us in Proverbs 19:11 where we read, “Those with good sense are makrothumia, slow to anger, and it is their glory to overlook an offense.”

So, men and women, what will it be?  A short fuse or a long one?  Will you feed anger, or will you feed patience?  Will you choose the glory of overlooking offense? Will you take seriously the transformation that God wants to do in your heart so that your anger can be converted to the patient fruit of the Spirit rather than discharged?  Will you invite another to tell you the truth and hold you accountable for the sin that lurks beneath the surface of your heart and life?  Anger is deadly, but the patience of God gives us new life.  Thanks be to God.  Amen.