Blanketed by Snow and Forgiveness 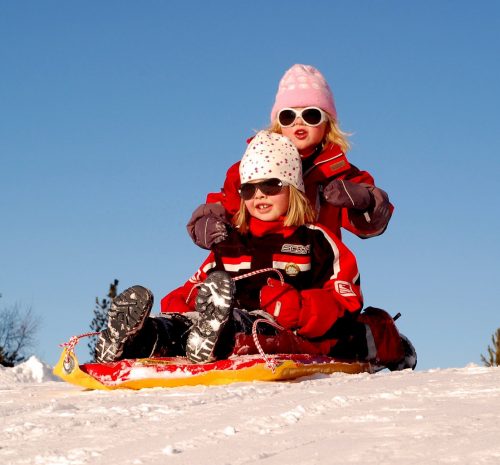 22 Mar Blanketed by Snow and Forgiveness

Have you noticed that children do not have to be taught to be loud? Really, really loud? I considered this seemingly universal truth again yesterday. The Washington DC area was blanketed by about 8 inches of a “welcome to the first full day of Spring, Old Man Winter is not done with you yet” snowfall. For the better part of the morning, it was beautiful and blissful. I sprawled out on top of my bed, curled up in a blanket, and surrounded myself with five books plus my journal. I read and wrote, then picked up a different book and read and wrote some more.

And then, as if out of nowhere, shrieks, yelling, and eardrum-piercing screeching shattered my snow-induced cocoon. I looked out the window, even though there was no doubt what I would see: children were pouring out of front doors, bundled in coats, mittens, hats and boots. (One had to wonder if a smoke signal had silently gone up alerting them that NOW was the time to congregate outside.) I happen to live right beside the best sledding hill in the neighborhood, and my fence bears silent, if begrudging, witness to the fact that it is frequently in the trajectory of sleds whose drivers are not quite ready for the winter Olympic trials.

The sledding was accompanied, of course, by fierce snowball ambushes, intense snowman construction and the artistic creation of snow angels. The wet, heavy snow was ideal for all kinds of fun on this unexpected day off from school and work. To be fair to the children, it must be noted that a good bit of the laughter and noise was emanating from kids who were around six feet tall.

The winter scene below me unexpectedly reminded me of some interesting conversations we’ve had at Calvary during this Lenten season. Because a common theme of this liturgical season is repentance, the subject of sin naturally comes up. Some folks are really bothered by the whole concept of sin, and it’s easy enough to understand why. It’s a word that has been hijacked in many instances and used against people like a weapon of soul destruction. One parishioner told me that in the church in which she grew up, sin was a primary topic. We were always, “in sin, getting ready to sin, repenting of our sins or feeling guilty for sinning,” she told me. Whew—it’s hard to find any Good News or joy in that.

Then there’s the opposite end of the spectrum where people don’t like the concept of sin because they don’t think it applies to them. Okay, maybe they occasionally say something that comes out more biting than kind, or they forget to thank the postal carrier at Christmas, but those are just mistakes, and everybody makes mistakes. And besides, that certainly doesn’t make them a sinner in the same category as murderers and rapists.

Well, no, of course it doesn’t. And then again, yes it does.

Which brings me back to my original premise that children don’t have to be taught to make very loud (and annoying) noises. But they do have to be taught where those noises are appropriate and where they aren’t. We draw boundaries for children to teach them civilized behavior, respect for self and others, safety, good work habits, important values, and a whole host of other things. And what do children do with our perfectly logical, reasonable, life-saving boundaries? They test them and contest them, pushing against them over and over and over again. Do we teach them that? No. There’s no need, because it apparently comes hard-wired into the human psyche.

Some boundary testing is a very good thing. It helps children define themselves as individual persons. But some of it is willful defiance. It’s Rebellion. It’s Selfish. It’s rooted in, “I want what I want, not what you want.” They want to make their own rules. They think they know what is best. Mostly, they don’t want anyone telling them what to do.

We adults do that a lot with God. We want to run our own lives, be in control of things. We want what we want. And, we really, really don’t want anyone telling us what to do. “Sin” is a codeword for this arrogant, self-centered, self-righteousness and the behaviors that result. And we are all guilty of it. All sin separates us from God— all sin. When it comes to our relationship to God, there are not “degrees” of sin. From a human perspective, some sin is jail-time worthy, and some is not. But, when it comes to God, all sin creates a chasm that is too wide and too deep for any of us to cross. God is on one side and we are on the other, and nothing we can do will get us to God’s side.

The good news is that we don’t have to—God has already done that impossible work for us in the death and resurrection of Jesus. The other good news is that there’s nothing we can do that’s so bad that Jesus’ sacrifice doesn’t reach far or deep enough to include us. It’s all grace, all gift, all mercy, all love. The Good News is that in Jesus Christ, we are forgiven.

And snow really is the perfect picture of what forgiveness does: we are blanketed by the love and mercy of God, even though we can’t and don’t do one thing to deserve it. No matter how hard we try, we can’t make it snow. No matter how hard we try, we can’t earn God’s mercy. We simply stand in the wonder of it all, squealing in delight and letting it cover us from head to toe. Forgiveness makes us as clean as new-fallen snow—before the kids are unleashed on it.

Yours for the Kingdom,
Michelle