From Gluttony to Grace 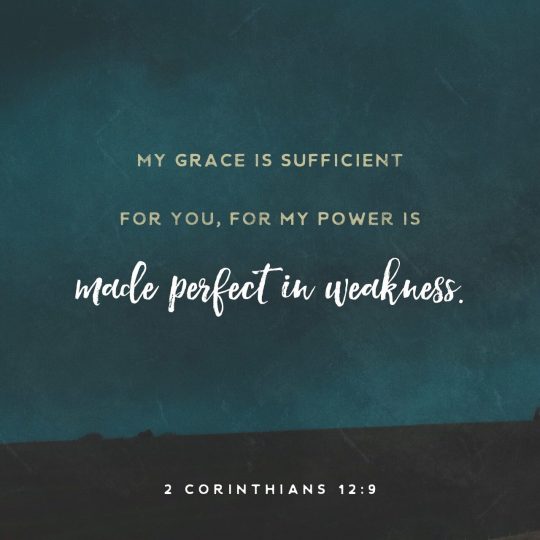 04 Mar From Gluttony to Grace

Gluttony/Grace:  From Gluttony to Grace

For the past several weeks we have been delving into a study of the Seven Deadly Sins and their corresponding Lively Virtues.  We started with pride and humility and today we wind up the series by examining the sin of gluttony and the virtue of grace. Of all the seven deadly sins, I have the least problem with gluttony.  I do hope you don’t mind my eating these potato chips while I preach.  I have just felt a little peckish this morning and thought this might help.  One of the realities of gluttony is that we find it so easy to justify it.  And if you would like to share my chips, forget it.  Gluttony is not about sharing!

Defined narrowly, gluttony means the act or habit of eating and drinking to excess.  The Latin word from which we derive the word glutton means to gulp down or swallow.  More broadly, it means to indulge in any appetite to excess, to consume far beyond that which is needed.  Let me share an example.  William Jennings Bryan was an American politician in the late 19th and early 20 centuries who ran three times for the office of President of the United States.  A man who travelled with him on one of his presidential campaigns described a breakfast he saw Bryan eat on a Virginia plantation in 1900:  “First a large cantaloupe.  Then two quail followed by Virginia ham and a half-dozen eggs.  After that a full plate of battercakes swimming in butter and a second helping of the same.  In addition, there were many cups of coffee and fried potatoes and side dishes of various kinds before he left the table, ready to begin a day of speech making.”

Last week we talked about the deadly sin of greed and it’s a good question to ask, what is the difference between greed and gluttony?  Clearly, they are both sins of excess.  You might say that greed is the “desire to acquire” while gluttony is the “desire to consume.”  With greed, acquisition is the name of the game and not only do you want to acquire, you want to keep it all for yourself.  You don’t care about the needs of other people or the impact of your behavior on others.  If you have a million dollars in the bank and hungry people ask you for help and you don’t care, you just want to keep the money you’ve got and get more, that’s greed.  If, however, you take that million dollars and spend it all, only on yourself, so that you consume everything you purchase to serve yourself beyond what you actually need, that’s gluttony.

As we’ve talked about the deadly sins over the past couple of months, one thing that has become apparent is how interconnected they are.  The root desire of lust and greed and gluttony, for example, can be summed up in the word, “more.”  I want more.  Another thing that’s been apparent is their damaging nature.  These sins are called deadly because they always diminish and destroy.  It’s that picture of the unbridled, runaway elephant of a few weeks ago, because when the elephant is unbridled, the rider has no control and something or somebody is going to get trampled.

It is no surprise, then, that scripture has a lot to say about gluttony, just as it has with each of these vices.  People who opposed Jesus said of him, “Look, a glutton and a drunkard, a friend of tax collectors and sinners” (Matt 11:18).  While Jesus was neither a glutton nor a drunk, the fact that people used that as a criticism, as a first-century slur, indicates that even then gluttony was regarded as a deadly sin.

When we speak of gluttony, it’s important to note that we are not simply talking about America’s obsession with various diets or of the obesity epidemic in our country, because these things may or may not be related to gluttony.  A very thin person can be a glutton, and a person who is not thin may be someone who has good self-control of his or her appetite for food or other things.  As has been true with each of the deadly sins, you cannot make assumptions about another person by looking at the outside, but you can know from the inside what overindulgences you allow yourself and whether your appetite for consumption—whether it’s for food, alcohol, pleasing people, shopping, computer games, work, or anything else—is under control or not.

The Book of Proverbs is rather blunt when it comes to matters of gluttony.  “Put a knife to your throat if you are given to gluttony.  Do not join those who drink too much wine or gorge themselves on meat, for drunkards and gluttons become poor and drowsiness clothes them in rags.”

As with all the vices, it is easy for gluttony to become habituated in our lives.  For myself, I am most likely to consume more than I need or really even want, when I am distracted, multi-tasking and not paying attention to what I’m doing, particularly when it comes to food.  Eating on the run, in the car, at our desks while we’re working, or scarfing something down between appointments—these are the kinds of patterns that result in gluttony.  A lot of the time we’re not even really tasting our food which often means we are failing to appreciate it and be grateful for it.  Most fundamentally, we’re also not listening to our bodies telling us that we’ve had enough, so overconsumption results.

Another reason the deadly sins become so easily embedded as habits is that we’re trying to fill emotional or spiritual needs with things that will not satisfy what we’re really hungering for.  No amount of work or exotic vacations or drugs or accolades will satisfy our deep hungers for love, for acceptance, for belonging, for communion with God.  We suffer from a gluttony for stimulation in our culture that masks our deepest needs by keeping our lives so filled with noise and activity that we don’t notice that no matter how much we drink or accumulate or climb the ladder of success, we’re still not satisfied in our heart of hearts.  One of my hopes for this sermon series was that we would pause and reflect honestly on these sins and the ways they rob us of the joyful, grace-filled, abundant life God offers us.  We settle for such poor, paltry substitutions!  Surely, we can do better.

One aspect of how we begin to deal with the gluttony in our lives is that we exercise self-control, but the idea behind self-control in this context is strength:  we combat gluttony by strength of character, meaning the God-shaped, God-strengthened will within us that decides how much we will consume.  But that is sometimes not enough.  If our gluttony has got such a hold of us that it has become an addiction, we must move beyond self-control to having the humility to admit we’ve lost control and need help.

Combating gluttony also taps into the practice of generosity that we talked about last week in conjunction with greed.  When we don’t consume everything for ourselves, we have something left to offer to others.  In fact, for the ancients, gluttony was viewed as a sin with two paired actions:  the indulgence of self and the ignoring of the poor.  If we consume something, then we can’t give it away.  The prophet Amos is acutely sensitive to how our consumption affects others.  “Alas for those who lie on beds of ivory and lounge on their couches…and eat lambs from the flock…and calves from the stall…who sing idle songs to the sound of the harp…but are not grieved over the ruin of Joseph!” (6:4-5).  Or this: “Hear this word, you…who oppress the poor, who crush the needy, who say…Bring something to drink!” (4:1).  Or, “Because you trample on the poor and take from them levies of grain…you have built houses [for yourself] of hewn stone” (5:11).  In every case gluttony is condemned because it comes at the expense of someone else’s misery.

Jesus famously said, “The poor will always be with you,” and of course, he was right.  As has been true throughout human history, we live in a day and in a land where people in our own community are literally hungry for food.  Millions more are starving for hope, hungry to experience the reality of the God who loves them, desperate for a connection with the Lord who will lead them out of the emptiness, the desolation, the hollowness that results when the deadly sins have a hold in our lives.  Each of us struggles with these vices—not equally for each of the seven, but I’ve heard from many of you that these last seven weeks have been eye-opening, that you’ve discovered some confession that needed to be made, some awareness that needed to be pricked, some work that you need to do.

Let me close this series by reminding you of the words of Franciscan priest Brennan Manning who said, “Jesus comes right to your seat and says, ‘I have a word for you.  I know your whole life story.  I know every skeleton in your closet.  I know every moment of sin, shame, dishonesty and degraded love that has darkened your past.  Right now I know your shallow faith, your feeble prayer life, your inconsistent discipleship and my word is this, I dare you to trust that I love you just as you are and not as you should be, because you’re never going to be as you should be.’”

Men and women, we are all of us on this journey we call ‘faith’ together.  My prayer for you is that you will open yourself to the Lord who loves you just as you are.  Open yourself to the God who forgives your deadly sin and invites you live in God’s grace and to experience the power of his lively virtue at work in you.

To God and God alone be all praise and glory and honor, today and always.  Amen.