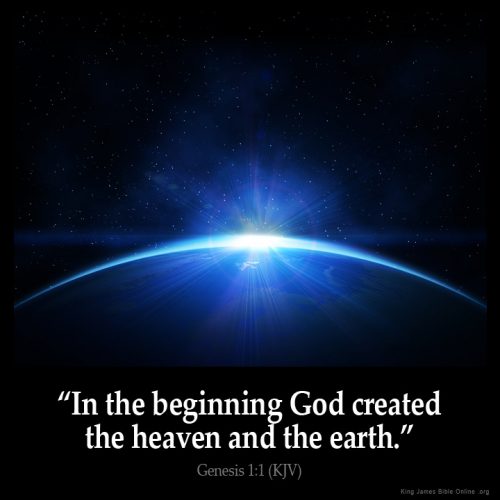 Click here to view the video from today’s sermon.

In classical mythology, the Fates are three goddesses who determine world events by spinning supernatural threads that determine our individual destinies.  If you believe in fate, you accept that you have no real choices to make in a life that will end in death.  It’s no surprise that “fate” is the root of the words fatalism and fatality.

About a decade ago, a movie starring Matt Damon and Emily Blunt was released that raised some fascinating questions about fate and the limits of human freedom.  The trailer for The Adjustment Bureau ran like this: “Life is a series of events. This man.  This glance.  These moments.  All happened according to plan…Their plan.”  The question was, of course, whose plan?  The Adjustment Bureau’s.

Damon plays a Senate candidate from New York who has a chance meeting with Blunt, sparking a romance.  This is not what’s supposed to happen in his life, however, and suddenly a group of mysterious men from the Adjustment Bureau step in to put his life back on its proper track.  Damon rejects them, and he and Blunt begin to run for their lives, under and through the streets of New York City.

“We are the people who make sure things happen according to plan,” says one of the members of the Adjustment Bureau.  “We monitor the entire world.” These master manipulators show Damon a book with the plan for his life and tell him they’re determined to use their considerable power to keep his life unfolding according to schedule.  “You can’t outrun your fate,” they tell Damon.

Or can you?  The film raises questions about how much freedom we have—and whether unseen forces control and manipulate our lives.

The second and third chapters of Genesis, with the story of the garden of Eden, raise similar questions.  “The Lord God took the man and put him in the garden of Eden to till it and keep it,” says Genesis.  “And the Lord God commanded the man, ‘You may freely eat of every tree of the garden; but of the tree of the knowledge of good and evil you shall not eat, for in the day that you eat of it you shall die’” (2:15-17).
On one hand, God seems to be like a member of the Adjustment Bureau, placing man in the garden.  God is a supernatural force, exerting control over the first human being.  But on the other hand, God gives the man considerable freedom, telling him he may “freely eat of every tree of the garden” … except one. The man can make a range of choices about what he will eat within the lush and fruitful abundance of the garden.  Only one tree is off limits: “the tree of the knowledge of good and evil.”  That tree will lead to death for the man.  But even though it is prohibited, he is still given the power to choose it.  One way to think of it is that the man is free to fall.

Genesis reveals a very different truth.  According to the Bible, you don’t have to fight for free will at all.  God gives it to you, freely.

That reveals something amazing about the Creator we have, that God has the confidence to let us make choices.  The mysterious men of the Adjustment Bureau come across as grim and anxious, fearful of losing control of the world they monitor and attempt to control.  By contrast, God says that humans may freely eat of every tree of the garden except one.  It’s important to note that in laying down this one prohibition, God creates and gives the gift of free choice itself.  Only after God has explained the options to us can we take advantage of them; only then can we choose to live within certain boundaries—or not.

Only a truly powerful God is strong enough to give power to others.  Instead of controlling and manipulating us, God grants us freedom.

God offers us this gift out of love, knowing that truly caring parents give their children the freedom they need to explore, experiment and discover the best direction for their lives.  Anxious parents behave more like the mysterious men of the Adjustment Bureau, controlling and manipulating their children in an attempt to keep them on a particular path.  A few years ago, the term “helicopter parents” was invoked to describe overly involved moms and dads who constantly hover over their children.  Now the situation is even worse:  the term “Velcro parents,” is used to describe adults who are completely attached to their kids.

God is not a helicopter God or a Velcro God.  Instead, God detaches from us and says, “You may freely eat of every tree of the garden”… except one.  The Lord is clear about boundaries and freedom, knowing that excessive boundaries prevent growth and discovery, while unlimited freedom leads to death.

The great movie director Billy Wilder once said that in the first act of a story, you put your character up in a tree.  In the second act, you set the tree on fire.  Then in the third act, you get him down.  In Genesis, the first act occurs when humans are put in a tree — or at least among the trees — and told to eat anything they want, within certain limits.

The second act is when the tree is set on fire.  In this act, the serpent in the garden strikes up a conversation with the woman.  The serpent, a crafty creature, asks the woman a question that tests the limits of the freedom God has given.  “Did God say,” the serpent asks, “‘You shall not eat from any tree in the garden?’”

No, says the woman.  “We may eat of the fruit of the trees in the garden,” except for one.  She explains that only one tree is off limits, and God said that if you eat of its fruit, “you shall die.”  In this scene, we see that the woman has a very clear understanding of her freedom and her boundaries.

But the serpent strikes a match and sets the tree on fire.  “You will not die,” he promises, and in this verse, the crafty creature is actually telling the truth, or at least a version of it.  By predicting that the man and woman won’t physically die, he is sowing seeds of doubt about the truthfulness of what God has told them.  The man and the woman are up in a tree, and the tree is now burning.

We know all about what these two are feeling, don’t we, because we’ve been up in that burning tree.  The Bible is full of commandments, rules and boundaries, but we wonder if all of them are equally true and binding on our lives today.  We know that certain choices are dangerous for us, but we don’t think they’ll actually kill us.  Self-improvement seminars are offered all the time, and everyone wants to be wiser and more self-confident.  What’s wrong with that?  And how about a relationship with God?  Wonderful, of course, but we don’t want to be a fanatic about it.

So we eat the fruit, just as Adam and Eve, did—the fruit of progress, self-actualization and self-determination, nationalism, capitalism and all the other “isms” you want to add.  The two of them make a completely free choice, and the result is that their eyes are opened, and they discover that they are naked.  Feeling ashamed, they sew fig leaves together and make coverings for themselves.

Unlike the movie The Adjustment Bureau, the story of Adam and Eve tells the truth about human choice.  Adam and Eve reveal what life is really like — not in the sense of humans having conversations with serpents, but in the sense that human choices always have significant and lasting consequences.  It’s a lie to say that mysterious men from the Adjustment Bureau manipulate the stories of our lives.  The truth is that we freely make decisions every day, decisions that either draw us closer to God and to God’s vision of what it means for us to be fully human, or decisions that push us farther away.  We are always free to fall:  to fall out of relationship with God, with ourselves, and with one another.

Because God loves us, God does not leave the humans in the burning tree. That’s the third act and a story for another day.  Suffice it to say that the Lord reaches out to Adam and Eve and has a conversation with them.  But then, God also drives Adam and Eve out of the garden, into a life of pain in childbearing and hard work cultivating the plants of the field.  In other words, God ushers them into the life that we know today, not because God is mean or capricious, but because Adam and Eve’s choice had consequences, just as ours do.

Through it all, our Creator continues to want a relationship with us. In time, God reaches out to us again, in human form as Jesus of Nazareth.  Jesus calls us to follow him, to trust his Word and to walk in his way.  Knowing that we’re always going to make choices that cause us to fall out of relationship with him, God makes a more lasting and significant choice.  In laying down his life for us on the cross, God shows us how much he loves us and how far he will go to be in a relationship with us.

Our choices matter, and we’ll continue to make good and bad decisions.  But the most important choice in history was Jesus’ decision to give his life for us, to restore our connection with God.  This was the ultimate adjustment in the relationship between humans and their Creator.  Yes, we are free to fall.  We’re also free to trust in Jesus Christ, who brings us back to God.