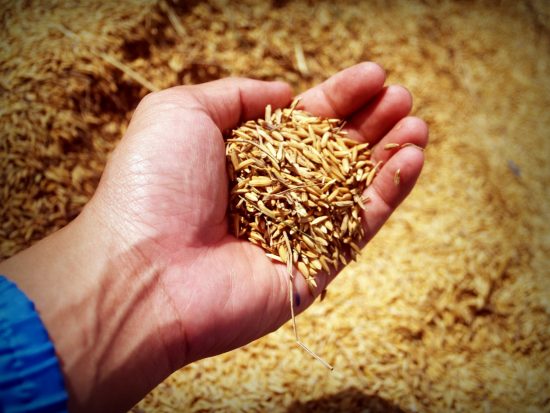 There is a highly contagious, potentially lethal epidemic sweeping our land.  Perhaps you’ve heard of it.  It’s called affluenza.   Affluenza has been defined as “a painful, contagious, socially transmittable condition of overwork, debt, anxiety and waste resulting from the dogged pursuit of more” (John De Graaf).  In case there is any doubt about the seriousness of this disease, consider the fact that only about 20% of Americans will attend a church service this week while 83% will visit a shopping center.  Or consider that the size of the average American home is more than double what it was in the 1950s.  In fact, the typical modern-day garage exceeds the size of a 1950s starter home, and despite this monstrous increase in home size, storage businesses are booming.

Affluenza is the disease of greed, the sixth of the seven deadly sins we’ve been examining this winter.  Greed can be lethal in families, workplaces, schools and neighborhoods.  It can provoke war among nations.  And the church is not exempt from the deadly consequences of greed either.  At the age of 25 David Platt become the youngest pastor to lead an American mega-church.  The following year, at just 26, Platt wrote a book that made the NY Times bestseller list.  The title was Radical:  Taking Back Your Faith from the American Dream.  In the book Platt chronicled his growing uneasiness with his role as pastor of his Birmingham, Alabama church.  These multimillion-dollar worship palaces, in his words, have become like big corporations, competing for market share by offering social centers, childcare programs, first class entertainment and comfortable, consumer Christianity.  Jesus is portrayed in such settings as something of a congenial suburban dude.

NY Times columnist David Brooks noted that in the book, Platt not only took on mega-churches but took aim on the American dream itself.  When Europeans first settled America, they recognized its natural bounty and came to two conclusions:  first, that God’s plan for humanity could be realized here and second, they could get really rich helping God’s build God’s kingdom here.  This has become the central tension in American life:  to build God’s kingdom in this world as well as prepare for the next which may explain why America is simultaneously religious and materialistic.  Platt summarizes the tension by saying, “The American Dream differs radically from the call of Jesus and the essence of the gospel.”

I think it is naïve to expect that we won’t each have to struggle with the tensions created along the continuum of greed, on the one hand, and generosity on the other.  What does it mean for us to be “in the world but not of it” in the areas of finances, resources and time?  What does responsible stewardship look like in our first-world context?  How are we called to respond to those who are poor when we usually can’t tell the difference between genuine need, chronic dependence, and scam?  Or, does any of that matter?  It is all too easy to bash Wall Street, Main Street and “K” Street for their greed and materialistic values, but if that’s as far as it goes, I’m afraid we’re in danger of missing the point.  To help us see the point, let’s take a look at the story of Ruth and Boaz.

First, some context is needed.  Naomi is a Jew who, with her husband and two sons, had moved from Bethlehem to the country of Moab.  While in Moab Naomi’s husband dies.  Her sons, grown and married to Moabite women, also die, leaving Naomi not only grief-stricken but destitute and desperate.  No family means no options for Naomi, so she makes plans to return to Bethlehem and encourages her daughters-in-law to return to their families.  But one of them, her daughter-in-law Ruth refuses.  She will accompany Naomi to her homeland and adopt Naomi’s country, Naomi’s people and Naomi’s ways as her own.

Having arrived in Bethlehem, Ruth goes to work in the fields gathering the remnants of the wheat harvest so she and Naomi will have something to eat.  Judaic law provided that when the reapers moved through a field harvesting a crop, whatever bits were dropped to the ground could be collected by the poor, especially widows, orphans and immigrants.  In one of those coincidences that is not a coincidence, Ruth winds up in a field belonging to Boaz who just happened to be a distant, wealthy relative of Naomi’s deceased husband.

Something about Ruth catches Boaz’s attention.  He inquires about who she is and is told the story of how she would not desert her mother-in-law in Moab but insisted on moving with her to Bethlehem and how she works tirelessly all day to provide something for herself and Naomi to eat.  This combination of loyalty and hard work impresses Boaz, and he sets out to protect and provide for Ruth and Naomi, even going so far as to instruct his reapers to intentionally leave whole sheaves of grain, not just remnants, for Ruth to glean from the fields.

This is an extraordinary interaction between the “poorest of the poor,” a widowed foreigner, a nobody but for her mother-in-law, and a wealthy landowner whose family name, connections and clout are above reproach.   Yet Ruth’s courage, sacrificial love and diligent perseverance are matched by Boaz’s godly character, kindness and generosity, and there are a number of lessons for us in this story.

For starters, we see that it is risky to act with generosity and kindness.  For Ruth, Boaz’s charity could have put her in a very uncomfortable situation.  If she was perceived as a “special case,” as receiving preferential treatment, that would expose her to ridicule and harassment by the other women and the hired-hands for receiving favors.  And for Boaz, extending kindness to someone like Ruth could cost him as well.  Other widows and immigrants sweating it out in the fields could complain about not getting their fair share of the gleaning.  His peers and fellow landowners could accuse him of giving special treatment to the so-called “welfare cases.”

Yet despite this risk, look at the length and breadth of Boaz’s charity.  He is generous in financial and non-financial ways.  He secures a place for Ruth to glean in his field, telling his workers to leave extra stalks of grain for her.  He offers her protection and water and then provides her lunch.  Later he sends her home with an extravagantly laden basket of grain.  All this raises the question: how might you and I provide “gleaning” opportunities for others?  How might you offer that “leg up,” that fresh start, some assistance and sure-footing for someone who could really use it?  Here at Calvary, one way we’ve been doing that is through Eagles’ Wings, the tutoring program we’ve have with Mt Eagle Elementary School for 30 years.  Alice Miller and Susan Palmer, who have been overseeing the program for over a decade are retiring at the end of this year.  It’s time to pass the baton of leadership, and it’s going to take someone who will be generous with their time to take up that leadership baton and keep the program going.  I also think of the opportunities we have to serve others on Be the Kingdom Sunday.  Again, it is a spirit of charity and generosity that allows these efforts to make a real difference in people’s lives.

Second, in this story Boaz is a Christ-like figure, and his actions remind us that our Christ-like actions are our greatest witness to the world and our greatest witness to the truth of our lives.  Ruth and Boaz, at the end of this story, end up getting married.  They eventually have a son whose name is Obed, and Obed becomes the father of Jesse.  Jesse becomes the father of King David whose royal line produces Jesus.  Imagine what might have been if Boaz had chosen not to extend himself in generosity.  No marriage, no Obed, no King David…no Davidic line for the Messiah.  And, while I’m sure God would still have found a way to accomplish his redemptive purposes, none of the folks in this story would have had a part in it.  How much they would have missed!  It’s not always readily visible to us, any more than Ruth and Boaz knew how God would use their family in the future, but our actions have long term, even eternal consequences that we can’t imagine.  God wants to use our generosity to bless people now and for generations to come and dealing with our propensity to mainly look out for ourselves is necessary to develop the generosity of spirit God desires for us to have.

The real problem with affluenza is that it tries to meet non-material needs with material goods.  Having more stuff can’t provide us with meaning or purpose or fulfillment.  It can’t give us healthy, harmonious relationships.  Affluenza can’t give us health or long life or peace in the face of death.

Here’s the rub:  there are almost 2000 verses in Scripture that deal with mercy for the poor.  Jesus tells the story of the Good Samaritan because generosity is to be a natural character trait of those who want to be his disciples.  Jesus makes no bones about it:  he expects us to go the extra mile, to come alongside the most “at risk” among us, whether that is the elderly shut-in, the day laborer, an at-risk teenager, or the mentally-ill on the street.  And Jesus deliberately chooses not to make this a parable about whether the person in need is deserving of help or not.  His concern is with the actions of the people who see the need.  Do they respond or do they not?

We need to be reminded that our primary motivation for generosity is not duty or obligation.  It is grace.  Biblical generosity centers on the premise that God is extravagantly generous in offering us grace, God’s unmerited favor.  We are the undeserving ones.  Because of what we have already received, we seek to live grace-filled lives which causes us not to be tight-fisted but to practice open-handed, open-hearted generosity.

Greed is a problem for us all because it’s built into the very fabric of our culture.  So, to develop a sensitivity to the ways in which affluenza affects us, the question is not “can I afford it?” but “do I need it?”  What am I expecting this activity or purchase or title to do for me?  What is the real need I’m trying to fill?

It will never be a convenient to be generous with your time, your gifts and skills and abilities or your money.  We can always find endless uses for our resources that serve primarily ourselves and our families rather than the stranger or the needy.  But Jesus calls us to a live a different way, with different values and loyalties, with a different vision for our lives and for the world because we serve a different kind of king who reigns over a very different kind of kingdom, one in which grace and generosity are the normal, everyday way of life.  Jesus is inviting you to live that life now, today.  What will you say to Jesus in response?