Has the Church Lost Its Voice? 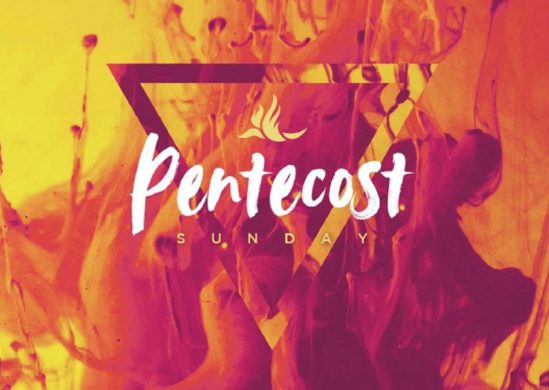 12 Jun Has the Church Lost Its Voice?

Has the Church Lost Its Voice

A priest and a pastor from two local churches were standing by the side of the road holding up a sign that read, “The End is Near!  Turn yourself around before it’s too late!”  Their plan was to hold up the sign to each passing motorist.

The first driver sped by and yelled, “Leave us alone, you religious nuts!”  A few moments later, from around the curve they heard screeching tires and a big splash.  “Do you think,” said one of the clergy to the other, “we should change the sign to just say, ‘Bridge Out’?”

On the day of Pentecost, the church began to talk.  And in a sense, they talked about the old bridge being out, and they pointed the way to a new bridge, Jesus Christ.  The book of Acts says the apostles were “filled with the Holy Spirit and began to speak in other languages, as the Spirit gave them ability” which bewildered the international community in Jerusalem because “each one heard them speaking in [their] native language.”

Using a variety of tongues, the apostles begin talking publicly that day about “God’s deeds of power.”  And Peter takes the lead, proclaiming that “everyone who calls on the name of the Lord shall be saved.”  It is on Pentecost that the silence of the church was broken.  There will be no more cowering behind locked doors, afraid and confused.  With the coming of the Holy Spirit, church members begin to talk openly about God’s power at work among them and the salvation offered through Jesus.  The result of this open dialog is that 3000 people come to believe in Christ and join the church that day.  The words spoken by Peter and the other apostles spark explosive growth in the Jerusalem church, reminding us that then—and now—God-talk has the power to change lives.  But it also makes me wonder if we, the church, are losing our voice.

In October, an article appeared in The New York Times by religion writer Jonathan Merritt.  He reported that it is getting harder and harder to talk about God.  Although more than 70% of Americans identify as Christian, most of us don’t feel comfortable talking about our faith.

The Barna findings weren’t particularly surprising, because the survey included a cross-section of people, both churchgoers and those who aren’t.  The shocking finding of the Barna research was that practicing Christians who attend church regularly didn’t do much better than the general population.  Only 13 percent of them reported having a spiritual conversation even once a week.

All of which raises the question: why do we struggle so much when it comes to talking about God?  Jonathan Merritt’s observation is that today, “work often takes precedence over worship, social lives are prioritized over spiritual disciplines and most people save their Sunday-best clothing for Monday through Friday.”  The Barna survey reveals that many people believe that spiritual conversations create tension or arguments, and some are concerned by the trend to politicize religion.  A smaller number don’t do God talk because they don’t want to appear religious, sound weird, or seem extremist.

One of my conclusions from the Barna research is that, Church, we’ve got our work cut out for us.  But of course, we already knew that, didn’t we?  Talking about God can be tricky—no doubt about it.  But the reality is that Jesus didn’t give us a choice about whether to speak about issues of faith, because if we don’t, there will be no church in the future.  The question is not whether we will talk about God, but how.

Paul gives us some guidance in his letter to the Romans.  And lest we think that it’s harder for us than it was for Paul to speak about faith, think again.  Paul is writing to followers of Christ living in the capital of the Roman Empire, a place and a time when, like today, spiritual conversations could create tensions and arguments, when Christians in Rome could come across as weird and extremist, and where persecution was a very real threat.  Christians’ lives were at stake, so the language Paul uses is very carefully chosen.

And like Paul, we, too, need to be careful with the language we use in conversations about faith.  For starters, our language needs to be relatable.  Words that we use in worship, like being “called by God” or talking about communion as the “body and blood of Jesus”—these kinds of phrases are meaningless to people who have no background with scripture or church.  It would be like two MBA’s who might discuss Sarbanes-Oxley among themselves, but when they’re explaining to a friend what they do, they’re going to say that they are accountants or financial planners.  Knowing our audience and tailoring our language to be meaningful to the context is critical.

Paul is not only careful with the language he chooses, he talks about values, not dogma.  In other places Paul is well-known for his theological arguments, but here he speaks clearly about life in God’s family knowing that being connected is something most people want for themselves and for the people they love.  “For all who are led by the Spirit of God are children of God,” he says.  In other words, the Spirit leads us away from self-centered living and toward God-centered living.  As part of the family of God, we want God to shape our actions, our attitudes and values so that we are an accurate reflection of who God is.

Paul gets more specific about how we live out these God-shaped values in Romans 12 where he says, “let love be genuine; hate what is evil, hold fast to what is good; love one another with mutual affection; outdo one another in showing honor.  Do not lag in zeal, be ardent in spirit, serve the Lord.  Rejoice in hope, be patient in suffering, persevere in prayer.  Contribute to the needs of the saints; extend hospitality to strangers” (9-13).

Love, mutual affection, honor, zeal, hope, perseverance, hospitality, and generosity.  These are words that we can talk about openly, that can be understood by almost anyone, whether inside or outside the church.  These are all marks of a true follower of Jesus, seen in the life of a person who is led by the Holy Spirit into the family of God.  Most people will discuss what they value what they deem important in life.  And that provides us an opening that dogma won’t.

Paul then goes on to show us how to speak about God directly, again putting this God-talk in the context of family.  God is like a father who has adopted us to be his children.  And this means at least three things:  we are chosen.  We can talk to God.  And we are heirs.

According to the Roman concept of adoption, an adopted child has a whole new identity, status, and set of relationships.  Such a child is chosen to become part of a new family.  And because the Spirit makes us God’s adopted children, we are empowered to speak to God in intimate and direct parental terms, calling God Abba or “Daddy.”  Talking about how God is like a parent to us, who chooses us and gives us a new family is language that anyone can grasp.

This family language means we can talk to God like we talk to anyone in our family who loves us, cares about what’s going on in our lives and wants what is best for us.  This can be a particularly powerful way to talk about God because so many people don’t have this kind of loving, positive bond in their own families.  More and more people do not experience unconditional love, unlimited grace, and unmerited acceptance, where our value comes from who we are, not from what we do.  The truth that there is nothing we can do to make God love us more, and nothing we can do to make God love us less can be a lifeline for those whose own family relationships are fraught with pain or dysfunction.

Finally, as adopted daughters and sons, we are heirs, “heirs of God and joint heirs with Christ” (v. 17).  This means, according to professor of biblical studies, Richard Carlson, that we are destined to be “fully conformed to the glorious image of God that now exists in God’s Son, Jesus Christ.”  We will find ourselves side-by-side with our brother Jesus, the one who is “the firstborn within a large family.”

Being an heir feels good, doesn’t it?  It means we have an inheritance!  But being a joint heir with Jesus does not mean instant luxury and ease.  We may need to suffer with Jesus, “so that we may also be glorified with him,” Paul says.  The life of faith for followers of Christ is inevitably going to include sacrifice and suffering.  Yes, we have a Spirit-led life, but such a life requires us to pick up our cross and follow Jesus.

As unfamiliar and uncomfortable as we may be talking about God, it is absolutely essential that we do.  In his New York Times article, Jonathan Merritt discovered that language connected with Christian virtues is declining in our common life right along with the rest of the ways we talk about God.  Over the past century, words related to compassion like “kindness” have dropped by 56%.  Gratitude words like “thankfulness” have declined by 49%.  Humility words like “modesty” have fallen by 52%.  When these kinds of words fall out of circulation, our lives and our entire culture suffers.

Which is why today, Pentecost Sunday, is a good day for us to reclaim our voice, Church.  Not with religious jargon but with clear words about what it means to be children of God who are filled and led by the Spirit of God.  When we speak of love, honor, hope, and hospitality—and better yet, when we back up our words with our actions—the world will get the message.  So, speak up, Church!  If we don’t, who do you think will?