It’s Time to Tell the Truth 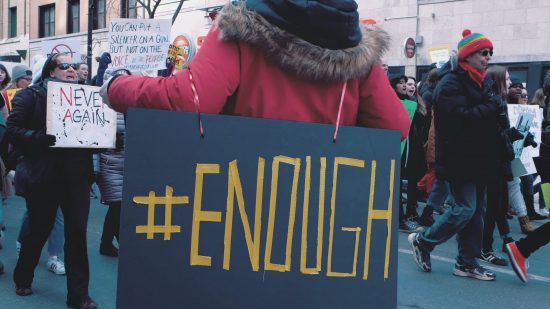 More times than I care to count, I have left town for vacation and tragedy strikes.  The killing of George Floyd two years ago particularly stands out for the national rage and grief it rightly unleashed.  Now, the mass murder of 19 students and 2 teachers at Robb Elementary School in Uvalde, Texas is eliciting a similar response.  Or is it?

Princeton University Professor of Sociology and Public Affairs, Patrick Sharkey, wrote an op-ed piece that appeared in Sunday’s The Washington Post, just five days after the school shooting in Uvalde occurred.  Speaking about the intensity of our deep sadness and intense anger in light of the shooting, Dr. Sharkey states that “the available evidence suggests that [these overwhelming feelings] fade into the background within about four days.”

Dr. Sharkey continues, “Four days in which to act on emotions at their most intense.  Four days to take steps that might help prevent the next Uvalde or Sandy Hook or Parkland or Columbine massacre before we move on, before we return to the immediate concerns of our own lives—and before the urge to take on an intractable problem loses the emotion that can fuel momentum.”

One of my favorite books as a kid was Hans Christian Andersen’s The Emperor’s New Clothes.  In it, two swindlers set out to rob a vain king whose greatest delight is adorning himself in fine clothes.  The two swindlers pretend to be weavers who work long into the night day after day on an imaginary loom, weaving the finest imaginary cloth out of exquisite imaginary thread (all on the emperor’s dime, of course.)  The emperor is curious about their progress, so he sends first, his trusted “honest old minister” and second, a court official to examine the work of the “weavers.”  Not wanting to be considered fools for being unable to see anything, both men give glowing reports of the superb work of the weavers and the elegant clothes they are making for the king.

Finally, the emperor inspects the clothes himself and then is dressed in his new finery to parade through the town.  Like the others, he convinces himself that the clothes he is “wearing” are dazzlingly magnificent.  They collude to believe and protect a truth that is, in fact, a lie.  The lie eventually gets exposed when a small child along the parade route yells out, “But he hasn’t got anything on!”

What is true, as health care provider Kaiser Permanente said earlier this week, is that gun violence is a national health crisis.  What is true is that each of us should be able to go to work, to school, to the grocery store, to church, to a concert, or to any of the other places our daily lives take us without fear of being shot.

The lack of action on this national health crisis is sheer madness.  The lack of accountability of gun sellers and our local and national elected leaders is insanity.  That our collective outrage fades after four days is…tragic, horrifying, incomprehensible.   Surely, we can do better.  We absolutely must.  And it starts by refusing to collude with the lies anymore.

The emperor hasn’t got anything on, friends.  It’s time to start telling the truth.