Micah:  From Great to Good 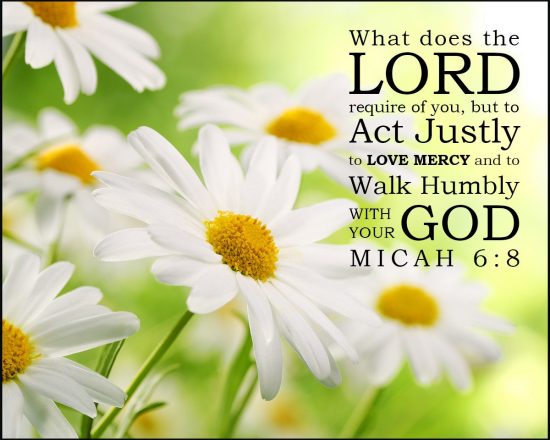 Majoring on the Minors

Micah:  From Great to Good

In 2001, business and leadership writer Jim Collins wrote a bestselling book titled Good to Great: Why Some Companies Make the Leap and Others Don’t.  Collins conducted research on eleven companies that had “made the leap” and chronicled why, in his words, “good is the enemy of great.”

Business leaders and even church leaders gobbled up the book and had their organizations read it in order to move them toward “greatness.”  Collins defined “greatness” as companies that had “distinctive impact” and “superior performance” and that were led by a “level five leader.”

It’s no wonder the book was so wildly popular.  Americans love greatness.  Politicians use it, sports teams use it and even in the church we tend to adopt this kind of language as well.  It’s not unusual to hear someone say that the measure of a church’s greatness is in how “distinctive” its impact is and whether it is measuring up as a “superior performer” in all the metrics that business organizations use:  bigger, richer, and more famous.

The idea behind all of this is that if you’re not yet great, you have work to do.

The problem, however, is that greatness isn’t easy to sustain.  Of the eleven “great” companies that Collins profiled in his book, most of them are not so great 18 years later.

All of this raises an important question.  Is greatness really the best goal for an organization, a nation, a business, or a church?  The prophet Micah didn’t seem to think so.  When we turn to the scriptures, one of the things we realize is that greatness—at least in the way we typically use that word—is vastly overrated.  In fact, rather than good being the enemy of great, biblically speaking, greatness is actually the enemy of good.

Micah, the sixth of the twelve Minor Prophets we’re reading this summer, was a prophet to Judah during a time when the nation was under the thumb of the Assyrian Empire.  As we saw a couple of weeks ago in Obadiah, the northern kingdom of Israel had already been swallowed up by the Assyrians in 722 B.C., and Jerusalem itself was saved only because its king, Hezekiah, paid off the enemy invaders.  At this point, the Hewbrews remembered their “glory days” as a nation and were wondering how to get that greatness back again.  One of the overarching themes in Micah is Israel’s greatness.  The prophet recalls Genesis 12, where God promised Abraham that his offspring would become a “great” nation through whom all the nations of the world would be blessed.

But greatness is contingent upon consistency over time, and Israel demonstrated that it could not sustain her greatness.  The kingdom had reached its pinnacle in the days of David and Solomon, and by the time of Micah, they were divided and conquered, a shadow of their former self.  Micah chronicles how the nation had gone off the rails with oppression of the poor, corruption in its courts, dishonest economic practices, false prophets, greedy priests, loss of order, and most tellingly, a rejection of God’s justice and God’s commandments.

The first five verses of chapter 6 are a slide show of the past.  God brought Israel out of slavery in Egypt.  God delivered them from their enemies.  Yet, they rejected the very One who saved them.  How could they possibly be blessed, let alone be a blessing to the nations?  They were no longer great and no longer good, either.

Through the prophet, God delivers judgment on the nation, but as always with God, that judgment is tempered with hope.  God tells the people that they will be restored.  But how will it happen?

We learn first and foremost, that it won’t be because they achieve greatness in their religious practices.  “With what shall I come before the Lord and bow myself before God on high?” asks Micah.  “Shall I come before him with burnt offerings, with calves a year old?  Will the Lord be pleased with thousands of rams, with ten thousand rivers of oil?  Should I give my firstborn for my transgression, the fruit of my body for the sin of my soul?”  These are all ridiculously expensive sacrifices, about as good a religious performance metric as an Israelite could imagine.  This was sacrifice for the forgiveness of sins on a grand scale.  But was this superior religious performance the thing that God really desired of them?  Is it what God wants from us now?

If we were to put this in contemporary terms, we might ask, “With what shall we come before the Lord?  With our great buildings, our full pews, our million-dollar budgets?  Will God be pleased if we demonstrate that we can run successful programs?  Is bigger, better, faster and stronger the kind of church God blesses?  The kind of nation God blesses?  Is greatness what God is after?

Micah says no.  Notice the wording in verse 8: “He has told you, O mortal, what is good.”  What does the Lord desire?  Goodness, not greatness.  It has been God’s desire all along, from the very first moments of creation, when God saw everything and called it good.

So, what does this kind of goodness look like?  And how do we measure it?  First, Micah says that goodness begins with doing justice.  The Hebrew word used here is mispat which refers to God’s order for all of life.  To “do justice” then, means that we order all of our lives, especially our interactions with others, in accordance with God’s will.

This kind of goodness requires a recognition that we have no goodness of our own.  God is the one who sets the standard of goodness and nothing we say or do can be good if it is not said or done according to the Lord’s will.  Methodist pastor, Rev. Kurt Tomlinson, says, “Goodness is something that is all of God, whereas ‘greatness’ is what we humans attempt.”  When we do justice, it’s a recognition that goodness is defined by what God wills and empowers, not by what we want or desire.

Micah builds on justice by saying that true goodness is also the result of loving “kindness.”  The Hebrew word here is one we’ve talked about before.  Hesed is often translated as “kindness” or “mercy,” but it is primarily a word connected to the covenant faithfulness of God and others.  It’s the word used to convey God’s steadfast, faithful love for God’s people.  Being good thus means that we maintain faithfulness to God in all things and demonstrate that faithfulness by our steadfast love for God and for others.

For Israel, sin is primarily about breaking covenant with God.  Israel had broken her covenant with God in favor of seeking greatness on her own.  But God doesn’t want her greatness; God wants her faithfulness.  This is not an intellectual expression of faith, but a change of life.  Faithfulness looks more like following than thinking.

Lastly, Micah says being good means walking humbly with God.  The Hebrew word hasenea conveys more than simple modesty or humility.  It implies attentiveness, paying attention to God.  The people are to watch God for what is good and not do their own thing and call it good.

In our desire to be great, we often miss what is good.  We fail to pay attention to what God is saying to us and to what God would have us do.  We fail to pray, to seek God’s face, to discern together what the will of God might be.  In churches you can see this played out when church meetings look more like lobbying and garnering votes than listening for the movement of God’s Spirit.  At home, it looks more like indulging our own interests at the expense of daily time with God or participating in corporate worship, of paying attention to God only when we need something from God.

And this, Micah warns, is a formula for failure.  It is only as we cultivate a consistent walk with the Lord, in which we are paying attention to God, that we can begin to stay faithful to the covenant and do justice as servants of God and followers of Jesus Christ.  It is only then that we actually become good because we are embracing and being filled with God’s goodness.

Granted, it is tempting to go after greatness.  Greatness gets your name in the paper.  It gets you the award, the gold watch, the recognition we believe we deserve.  But God doesn’t require greatness; only goodness.  Goodness is much more sustainable, but it takes the long view to see that.  When we focus on doing God’s will, being faithful to God’s covenant, and being attentive to God’s leading, we have done all that we were meant to do—regardless of whether the results impress anyone else.

The early Christian church seemed to have embraced a goodness-over-greatness approach.  In his book, The Patient Ferment of the Early Church, historian Alan Kreider looked at the rapid growth of the early church to see what exactly caused the church to grow during a time when it was underground and persecuted.  We might expect him to find that it was about measures of greatness—grand outreach strategies, great preaching, attractive worship, superior leadership, better methods—all the things we measure and value in a good-to-great culture.

But the truth is that, in every case, Kreider discovered that the real virtue that caused the church’s explosive growth was patient faithfulness.  They spent up to three years examining people before admitting them to membership, during which they trained them in faithfulness and to represent the character of Christ.  Interestingly, their documents reveal that they didn’t have much of a focus on evangelism or on preaching.  Instead, it was about cultivating faithfulness and building up people who looked like Jesus.

Are we doing justice, seeking the will of God in everything we do?  Do we love faithfulness, living out our covenant with God?  Are we walking humbly, paying attention to what God is doing in our lives and in the world around us?  This is what the Lord requires of us.  Thanks be to God.  Amen.