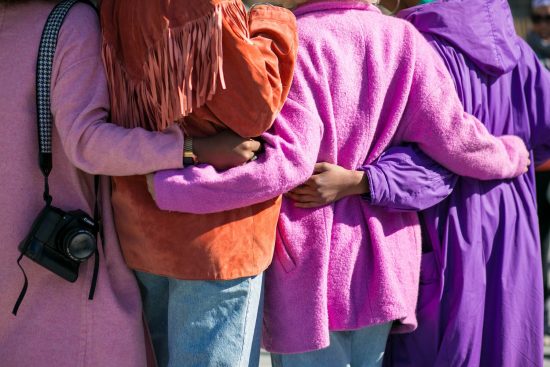 Do you ever get so tired of hearing a phrase, repeated so often, that it’s not only annoying but if you hear it one more time, you think your head might explode?  I was reading an article this week on the 30 of the most  overused words that we need to stop using in 2019.   Can you guess what some of them are?  Three of my favorites were Woke (She is so Woke – meaning either tuned in to issues of racial discrimination and injustice, or with it).  My second favorite was GOAT (The greatest of all time – often used in reference to Tom Brady, quarterback of the Patriots or some other athlete)…. and the third  is Fake News…that one needs no explanation.

But one phrase that is not on that list ,  and some would highly recommend, is the phrase “Thoughts and Prayers”.   As you can imagine, that phrase has been all over the internet this weekend due to the events in Virginia Beach.

In March of last year CNN published an article titled “ How Thoughts and Prayers went from Common Condolence to Cynical Meme”.  In it the author outlines a phenomenon called Semantic saturation, where a which a word or phrase is repeated so often it loses its meaning.  The article states that “Thoughts and prayers” has reached that full semantic saturation point.  This loss of meaning is illustrated by another story in the news from last year.

Last November, in Thousand Oaks, Calif., Marc and Susan Orfanos awoke to their phone ringing at 2 a.m. on a Thursday morning.   It was a phone call that every parent prays they never get.   After the call, they raced to the Borderline Bar and Grill, where a line-dancing night for college students ended when a lone gunman opened fire shortly before midnight. Ten hours later, a police officer told them the bad news: Their 27-year-old son was one of the victims.  The cruel irony of  this story was that their son had been a survivor of the Las Vegas gun massacre just 13 months prior.

These grieving parents channeled their private anguish into a public plea.  But what distinguished their plea was an utter disavowal of the stock response to the violence that claimed their son’s life.  “I don’t want prayers. I don’t want thoughts. I want gun control,” Susan Orfanos said on local TV.  “And I hope to God nobody else sends me any more prayers,” she said, vigorously shaking her head.

One internet meme or picture that went viral after the Douglas Stoneman shootings shows a garbage truck unloading its load of trash at the dump, and on the side of the truck is painted in big letters, Thoughts and Prayers.  Connecticut Senator Chris Murphy called out the phrase’s odd and complicated role.  “The thoughts and prayers of politicians are cruelly hollow if they are paired with continued legislative indifference.”

Thoughts and Prayers…Sometimes we uses these words because we don’t what know what else to say when  bad news strikes someone we know and love.    We feel helpless to do anything….we can’t fix it….there is no particular action we can take to make it better….so we offer our thoughts and prayers because sometimes, quite frankly, we don’t know what else to do……..

And while the 2nd amendment continues to be in the headlines and serves to highlight the deep division in our country, we add to that list what to do about the border crisis, recent restrictive abortion laws in several states, tariffs affecting incomes and consumers, and the general polarization of our political environment…take your pick.    Lots of targets for  our thoughts and prayers.

And in the midst of this climate, we read this morning’s lectionary text for this last Sunday of the Easter season before Pentecost arrives next Sunday…from the Gospel of John, chapter 17: verses 20-26…ironic as it may sound, the text is about unity.  A timely word from the Lord perhaps given all that is swirling around us.

Here is what do we know about the context of this story.  The community that John was writing to was the 3rd generation of Jesus’s followers, probably written between 90 & 100 AD.   Scholars write that church was most likely facing its own set of divisive issues that threatened its unity, so John was writing to address this.

Our text is part of a larger story know as Jesus’ Farewell Discourse where Jesus gives his parting words and final instructions to his disciples, knowing what he knows about what is about to unfold.   During a final meal with his disciples he offers a prayer known as the High Priestly Prayer, where he prays with them and for them.

It is through this prayer that John wants us to know something central to the divine character of Jesus before he leaves the stage and the Holy Spirit is sent.   John is the only Gospel writer who highlights not just who Jesus is, but where he comes from.

In this prayer, we see a glimpse of the Trinitarian relationship that existed before creation….the unity of love between the three persons of the Godhead, Father, Son and Holy Spirit.  One God, three expressions. You can hear the witness to that relationship in the words in verse 21:  As you, Father, are in me and I am in you, may they also be in us.

This second  element John wanted us to know is the unity that Jesus knew and experienced within the Godhead is a unity that he wants for us as a community.  While he was praying for that particular community of believers at that time in history knowing the divisive challenges they are facing, his prayer also transcends time.    He is praying for us now, in our particular time and place…that we would experience this same unity in the midst of our divided world.  Listen to the word again in verse 21….”  that they may all be one. As you, Father, are in me and I am in you, may they also be in us, so that the world may believe that you have sent me.

The key point here is that through the experience of this unity, and through our intentional actions beyond thoughts and prayers, the world would see God.

Given the events of Friday in Virginia Beach, I was drawn to a story of how one community in the midst of a horrific tragedy, combined their prayers with action, and in doing so demonstrated that the path to unity is indeed possible through their collective community witness.

You may remember the tragedy in Nickel Mines, Pennsylvania, an Amish community where 10 schoolgirls were shot, five were killed, before turning the gun on himself.  The gunman who was known as the local milk truck driver.  In a story that you can listen to on NPR’s Story corp, the Amish community responded in a way that is unheard of in our day and time.  They not only forgave the shooter, but they have grown close to his family.  As the story is told, the gunman’s mother, Terri Roberts,  remembers driving to her son’s home and finding a state trooper and her husband standing outside.      “ It was Charlie” her husband said to her.  “ I will never be able to face my Amish neighbors again”.  That week they held a private funeral for their son, but as they went to the gravesite, to their astonishment, they saw as many as 40 Amish start coming out from around the side of the graveyard, surrounding them like a crescent.  Families that has just buried their daughters were in attendance.  They hugged the widow and other members of the shooters family.    “Love just emanated from them,” Terri says.  One month after the tragedy,  it was announced that the Amish community had donated money to the killer’s widow and three young children.

Ten years later, in a follow on story by NPR, members of this Amish community revealed that their bold gesture of forgiveness didn’t mean these ten years have been easy.  But they have found unity through their unified actions.   One of the community members offered these insights.  “ Tragedy changes you, you can’t stay the same.  Where that lands you don’t always know.  But what I found out in my own experience is that you bring what little pieces you have left to God, and he somehow helps you make good out of it.  And I see that happening in our tragedy.  One simple thing that the whole world got to see was this simple message of forgiveness.

As I listen to that story, I hear and I see the words of Jesus’ prayer…. “so that the world may believe that you have sent me.”

So Calvary, in the end, it doesn’t’ matter what YOU say……thoughts and prayers or whatever.  It matters what WE DO and that demonstrates our unity through our shared witness.  That is OUR mission…that is our challenge.  And while the scandal of disunity persists, Jesus continues to pray for us still.   And he sends his Spirit as a companion to support us along the way….but that is a story for next week.  Pentecost.

Friends, this is the good news.   Thanks be to God.