Prayers for the People of Mali 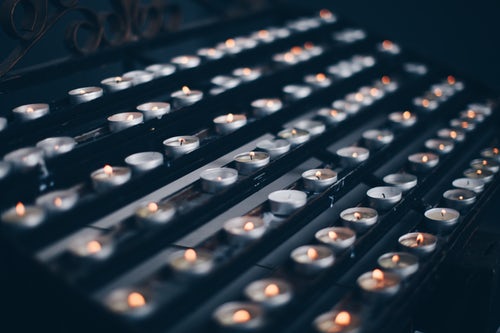 12 Jun Prayers for the People of Mali

What comes to mind when you hear the word Timbuktu?  Growing up in the South, when someone said something was “out in Timbuktu,” they were referring to something being a long way away, or out in the middle of nowhere.  It was a long time before I knew that Timbuktu was a real city in the African nation of Mali and not just a way to talk about a remote location.

Our brothers and sisters in Mali have been experiencing a terrible surge of ethnic tensions and extremist violence recently.  Last weekend, at least 95 people were massacred in Sobame Da, a rural area near Mali’s southern border with Burkina Faso and populated mostly by people of the Dogon ethnic group.  It appears that the attack was in retaliation for a March assault by the Dogon against the Fulani people of the Ogossago village which killed 150 people.  According to a report in The Washington Post, fighting has skyrocketed in recent years between the two ethnic groups, who have a long history of disputes.  The Dogon people, whose roots as farmers in the area span centuries, have clashed over land use with the Fulani, who are majority-Muslim herders ranging across West Africa.  Over 600 people have died by ethnic violence in the area since 2018.

It is a story that is literally thousands of years old, crosses continents, and shapes the history of people from every culture, language, and tribe.  Will we never learn?  Will we not learn that bloodshed never settles anything?  That creating enemies out of those who are different neither ends the differences nor makes us safer, wiser, or “right”?  Will we not learn that challenges are opportunities in disguise?  Opportunities to gain insight and perspective, to grow, to be blessed in unexpected ways?

Sadly, I suspect that we will not learn, because the starting place of learning is humility.  It is arrogance that keeps us locked in an “us versus them” mentality, that presumes that our way is right and theirs is wrong.  Pride and being judgmental are the fuels that fan the flames of our enmity with one another.  In our country, we are scorched daily by flaming rhetoric from all sides.  In Mali, those flames became real and burned people to death in their beds.

Perhaps, like me, you’d like to pray for the people of Mali today.  I offer this prayer with the hope that it provide a starting point in your conversation with God:

Merciful God, forgive our pride and egocentric ways which predictably result in our hearts becoming hardened.  When we categorize people as “other,” when we are dismissive, when we fear differences, heal us with your compassion and mercy, that we might extend compassion and mercy to others.

We pray for the Dogon and Fulani peoples.  We pray for understanding to dispel distrust, respect to overcome disregard, cooperation to prevail over suspicion, and forgiveness to triumph over revenge.  We acknowledge that these are bold, audacious requests, Lord.  We also acknowledge that we have a part to play in seeing peace come to our lives, our world, and our planet.   Give us humility and love for all our neighbors, that we might be peacemakers right where we are.

We pray for those in Mali who are mourning the loss of precious family and friends today.   Comfort them in their grief and surround them with signs of your grace and hope.  Amen.

Praying for Kingdom peace this day,