Reimagining…A Church on the Margins 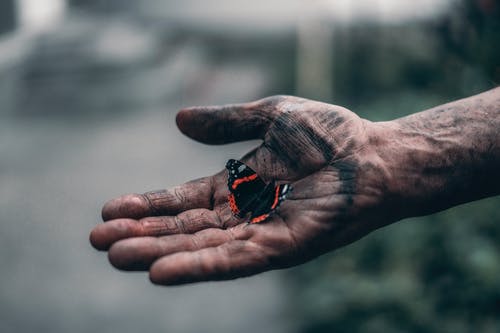 29 Sep Reimagining…A Church on the Margins

If you’ve read my writings over the years, you know that one of my all-time favorite authors is Richard Rohr.   I don’t know how he does it, but in books, articles, sermons and devotions, he just nails it time after time.  And, he’s done it again, this time in the form of a meditation that is published each day from Rohr’s Center for Action and Contemplation.   Yesterday’s offering dovetails beautifully with our sermon series on reimagining church, inviting us to think deeply and soberly about the relationship between Christ’s church and the world/government/culture around us.  I share it with you today, trusting that it will prod us all to continue to reflect on what Church is—and what we should be.

A Church on the Margins

We’ve tended to soften Jesus’ conflict with the system, or the established powers, but Jesus’ ministry took place on the margins! In the year 313 A.D., with the Edict of Milan, the Church dramatically changed sides and Christians officially became the Church of the establishment. Before that decree, the Church was by and large of the underclass. It identified with the poor and the oppressed, and the Church itself was still being oppressed and persecuted. The early Church read and understood its history from the catacombs—literally from underground. Such a position will always give us a different perspective than that “found in palaces” (see Matthew 11:8).

I’m sure the Emperor Constantine thought he was doing Christians a favor when he ended official persecution and made Christianity the established religion of the empire. Yet it might be the single most unfortunate thing that happened to Christianity. Once we moved from the margins of society to the center, we developed a new film over our eyes. After that, we couldn’t read anything that showed Jesus in confrontation with the establishment, because we were the establishment, and usually egregiously so. Clear teaching on issues of greed, powerlessness, nonviolence, non-control, and simplicity were moved to the sidelines, if not actually countermanded. These issues were still taken seriously by those who fled to the deserts of Egypt, Syria, Palestine, and Cappadocia. Their practices grew into what we now call “religious life” as observed by monks, nuns, hermits, and anchorites who held onto the radical Gospel in so many ways.

As long as the Church bore witness from the margins in some sense, and as long as we operated from a minority position, we had greater access to the truth, to the Gospel, to Jesus. In our time we have to find a way to disestablish ourselves, to identify with our powerlessness instead of our power, our dependence instead of our independence, our communion instead of our individualism. Unless we understand that, the Sermon on the Mount (Matthew 5–7) isn’t going to make any sense.

We see in the Sermon on the Mount that Jesus intended for us to take the low road. He intended us to operate from the position of “immoral” minority much more than the moral majority. When we’re protecting our self-image as moral, superior, or “saved” persons, we always lose the truth. The daring search for God—the common character of all religion—is replaced with the search for personal certitude and control.

As soon as people are comfortably enjoying the fruits of the established system, they don’t normally want any truth beyond their comfort zone. Yet those who are not enjoying those benefits, those who have been marginalized or oppressed in any way, are always longing and thirsting for the coming of the Kingdom, for something more. The Gospel always keeps us in a state of longing and thirsting for God. Grace seems to create a void inside of us that only God can fill.