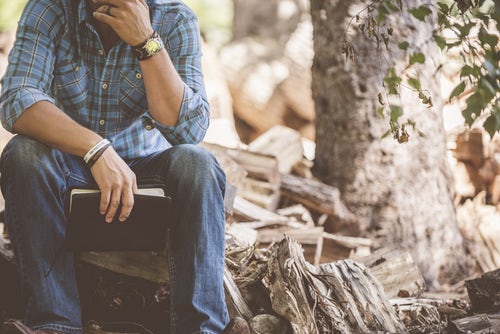 18 Feb Sloth/Diligence: Just Do It

The sloth is the world’s slowest mammal.  Inhabiting the rain forests of Central and South America, the sharp claws of the sloth enable it to clamp on trees and live upside down.  They do everything upside down:  eat, sleep, even give birth to their young hanging upside down.

The sloth is appropriately named, given that they sleep 15-20 hours a day.  Even when they’re awake, they often remain motionless.  They are so sedentary that algae sometimes grow on their furry coats.

There is another type of sloth that inhabits our nation’s capital and its surrounding suburbs.  You will often find this sloth stretched out on the sofa with a remote control in its hand.  This little device makes it possible for it to change hundreds of channels of the TV with the press of a single button.

We’ve been hearing about the seven deadly sins over the past few weeks.  Thus far, we’ve looked at pride, lust and envy, and these are, by all accounts, killer sins.  But how did sloth make the list?  Sure, sloth can have negative consequences for the human soul, but would you have included it in the top seven of all sins?  Surely, there are far worse ones.

In contemporary usage, we commonly associate sloth with physical laziness.  But when our Christian forebears included sloth in the deadly sin list, they had something else in mind.

Today’s scripture lesson centers on a priest named Eli who serves the temple in Jerusalem during the reign of King Saul.  Eli has two sons, Hophni and Phinehas who are priests like their father.  The text minces no words when it comes to Eli’s sons.  We’re told “they are scoundrels with no regard for the Lord.”  You see, the law contained specific regulations about the offerings made in the temple and which portions of the offerings the priests could consume for themselves.  Hophni and Phinehas disregarded these laws and helped themselves to whatever they wanted.  They treated the offerings with contempt and even slept with the women assigned to serve in the temple.  Scoundrel was a fitting name for them.

In chapter 3 we’re told that “Eli’s sons were blaspheming God and [Eli] did not restrain them” (3:13).  Eli was slothful in his parental duties.  When he witnessed his sons behaving badly, he turned a blind eye.  It is a reminder for all of us who raise or work with kids that part of our responsibility as parents, grand-parents, teachers and coaches is to exercise loving discipline in order to train our children and help them grow to be the people God has made them to be.

But there is a broader application from the text.  When Pope Gregory was making his list of Seven Deadly Sins, he drew upon an earlier list of eight evils that was compiled by Egyptian monks back in the 4th century.  One of the most destructive sins, according to these desert fathers, was something called acedia.  It’s a Latin word meaning “without care.”  Acedia is akin to mind-numbing apathy, suffocating gloom and restless boredom, and the monks regarded it as so deadly that they ranked it right alongside pride and anger.

One of the monks, Evagrius Ponticus, labeled acedia “the noonday demon.”  These Egyptian monks had taken refuge in the desert during a time when the church was stagnant and in decline.  The desert offered them a place to focus exclusively on God.  In the cool of the morning, they had great success at prayer and meditation.  But when the noonday desert heat became oppressive and their devotion began to wane, the monks experienced a sluggishness of soul, which they called acedia.

Today we might call it spiritual apathy, or say we’re in “a funk,” or have “the blues,” or we’re down with “the doldrums.”  Author Kathleen Norris, in her book, Acedia and Me, chronicles her long struggle with acedia.  She first became aware of it at age 15 when she began asking herself, “Why bother?”  “Why pray?”  “Why go to church?”  Acedia floods our thinking with these kinds of existential questions.

The desert fathers labeled acedia “the noonday demon,” but many of us might be more susceptible to spiritual sloth at night when anxieties, fears and worry drag us down.  But I suspect an even larger number of us don’t see ourselves as guilty of sloth at all because we are so darned busy—too busy, we think, for laziness to be our “issue.”  But that is part of the cunning nature of sin.

In his book Leading with a Limp, Dan Allendar writes, “Being busy seems like the polar opposite of laziness, but a busy person [can be] not so much active as lost.  A lazy person does little to nothing while a busy person does almost everything, but the similarity is that both refuse to be intentional…In our culture and age, the benefits of greater reflection, wisdom and excellence that increase well-being and longevity don’t seem as valuable as frenetic movement.  Our use of noise illustrates this truth:  we hate the quiet, so we turn on the radio or [music or podcast] as soon as we get in the car.  We surround ourselves with noise and busyness, so we don’t have to look at the monotonous trap we have created for ourselves.  We do so to avoid facing disillusionment.”

As Allendar points out, it is possible to be very busy and slothful at the same time.  One way to think of it is that laziness is not doing anything, while sloth is not doing the right thing.  The athletic shoe and apparel company Nike has created an empire with its slogan Just Do It, but as Christians, we need to make sure the “it” that we are doing is the right “it” which, in part, means that our relationship with God doesn’t get just the leftovers of our time, thought, and energy.  It means being intentional so that spiritual apathy doesn’t get hold of us.

Without question we are busy with family, work, home, responsibilities and commitments, and there is nothing wrong with any of these things in and of themselves.  In fact, our families and our work are part of our call, part of our Christian vocation.  The question is, are we “without care” as with acedia, or are we “taking care” of our relationship with God?  Sloth convinces us that our busyness is all urgently important while the life of prayer is pointless; that generosity has nothing to do with the condition of our souls; that worship is made up and silly; that the Bible can’t be trusted and churches are just full of hypocrites, so why bother?  If we’re honest, a lot of us have asked these kinds of questions at one time or another.

The desert fathers remind us that there is a remedy for acedia.  The antithesis of sloth is diligence, so we counteract sloth by becoming diligent in the right things, in the things of God.  The Apostle Paul used the language of “pressing forward.”  Evagrius Ponticus urged believers to practice what he called “stability” by remaining where they were and practicing the spiritual disciplines.  I find it fascinating, in an age where “church shopping” is a “thing” as people jump from church to church in search of something—more energy, perhaps, or better preaching, or a different style of music or whatever—that 1700 years ago Ponticus was addressing the same thing.  St. Benedict picked up on Ponticus’ thought, making stability one of the four pillars of Benedictine monasticism.  Ecclesiastes is right—there is nothing new under the sun.

Here is the truth, unpopular though it is:  there is simply no shortcut to spiritual vitality and spiritual maturity.  The practices of prayer, reading Scripture, meditation, worship, community, and service are spiritual practices designed to draw us closer to God.  They have been practiced for thousands of years because there is no substitute for them—there’s no new thing that’s going to take the place of disciplined effort, any more than there’s a new diet that is going to make losing weight effortless and immediate.  Still, we cling to our fantasies which is why the diet industry is worth billions and why believing we can develop a spiritual life without giving attention to the spiritual disciplines demonstrates the depth of our captivity to acedia.

Kathleen Norris summed up the remedy for acedia pretty simply:  “Go for a walk.  Memorize Scripture.  Sing Psalms.  Seek community.  Worship.  Shovel manure.  Dust a bookshelf.  Wash dishes.  Study.  Read.  Write.  And be kind to one another.”  Norris wrote her book Acedia and Me after the deaths of her father and husband, and after honestly reflecting on her own spiritual pain and apathy, she raises a provocative question.  “Why am I so willing to waste time, as if it were not a gift, mindlessly consuming and discarding my precious mortal life?”

That’s the crux, isn’t it?  We appear on the outside to be anything but slothful.  We are busy people, but if we are not careful, if we are not intentional about the choices we make and how we commit our time, then our busyness simply masks our apathy.  It becomes a cover for being lazy—lazy toward the things of God.

Any discussion of sloth in 2019 would be incomplete without referencing television, the internet and social media.  “Screen time” as we call it occupies a huge chunk of our time and consequently, of our lives.  Let me ask you, how much of that time is actually edifying to you or to others?  How much of it encourages the best in you, makes you hopeful, inspires you to love, kindness and service?  How much contributes to you having a healthy, vibrant soul?  A deeper love of God, self and neighbor?  If you took 20 minutes out of your screen time each day to spend time with God, what might be the result?  It’s a cop-out to say we don’t have time for God when the “usage monitor” on our devices tells us we do.  The question is, what do we value?  What is our priority?  Are we investing our lives in the right things?  Let’s “Just Do It,” alright, but let’s make sure the thing we’re doing is worthy of our precious mortal life.  Amen.