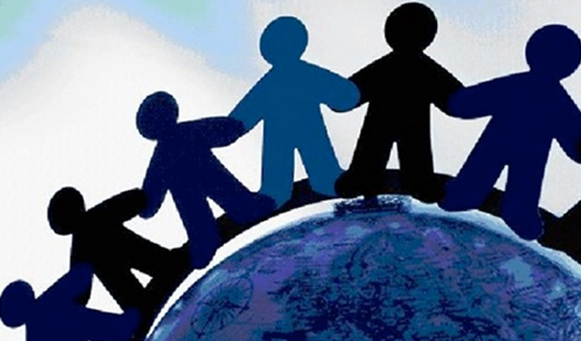 Institutions are indispensable. We cannot get along in our complex world without the order, stability and benefits supplied by our governmental, religious, educational, financial and social institutions. But as we all know, institutions are a mixed bag. They are necessary and they do much good, but they also fall short of how we would ideally like them to serve the people for whom they are responsible.

Last week I had a moment of real pride in one of the institutions of which I am a part—a moment when I was able to say, “we got this one right.” The Presbyterian Church (USA) adopted the Belhar Confession as one of our official confessions. A “confession” is a statement of belief. The Belhar Confession was born out of apartheid in South Africa, so it is a statement that speaks directly to the issue of race and the church’s relationship to racial issues. By adopting it the PC(USA) is taking a stand with our brothers and sisters of all races, ethnicities and cultures to say that division, strife and enmity based on race has no place in the church. We reject racism in all its ugly forms and insidious ways.

I am including the Belhar Confession here in its entirety, as it is too important to simply summarize. My prayer as we read and digest this Confession is that we will allow God to use these powerful words to shape our hearts and lives so that we become and live the truth that these words proclaim.

Therefore, we reject any doctrine

Therefore, we reject any doctrine

Therefore, we reject any ideology

Jesus is Lord. To the one and only God, Father, Son and Holy Spirit, be the honor and the glory for ever and ever.