The Gift of This Day 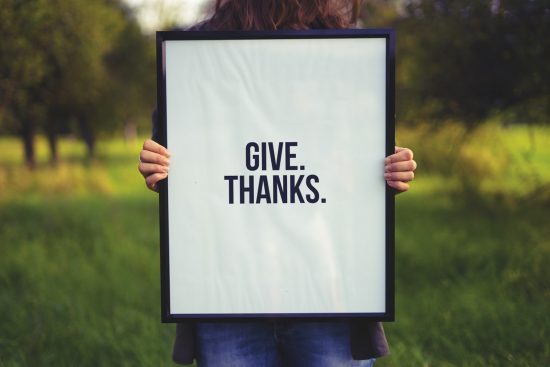 13 Feb The Gift of This Day

I have been surrounded by death this week.

Okay, I know that is not the cheeriest of ways to begin a blog, but stay with me for a moment.  Yesterday marked the third anniversary of my father’s death.  Today would have been his 80th birthday, had he lived to join the octogenarian’s club.  On Saturday I will preach my third funeral homily in three months.  I have known and loved each of the individuals who died, and it is always a privilege to officiate at a funeral.  But come on—I’m ready for a break.

These deaths have hit me hard.  Perhaps that has something to do with how closely they’ve been bunched together.  But I think there’s more to it than that.  As I have continued to reflect on life and death, a couple of recurring themes have emerged.

The first one is gratitude.  Perhaps you have heard the adage that “life is always lived moving forward, but it is understood looking backwards.”  Because death reminds me of how fragile, and thus, how precious life is, I have been reminded to be grateful for each day.  Today is a gift.  I was never guaranteed this day, and the fact that I get to live it, to share it with people I love, and to participate in meaningful work is pure gift.  Yes, I am a tad weary of Northern Virginia doing its best imitation of Seattle, but the rain is a gift, as is having a dry and warm roof over my head.  The phone call to my mother in Arkansas and the texts from my daughter vacationing in British Columbia and my cousin doing the same in Florida—gifts.  The raspberry jam on the walnut cranberry toast that was my breakfast—yummy, yummy gift.  Piling bags of trash and recycling on the corner this morning that will be gone when I get home—another gift.   The opening of spring training as pitchers and catchers reported for work yesterday—a gift!  Even in this week tinged with sorrow, I am blessed, and I never want to take that for granted.

A second theme that has emerged from my reflections over the past few weeks is about the nature of death itself.  Perhaps you have to be a person of an, ahem, certain age to appreciate how the specter of death hangs so pervasively over our lives.  (One of my mother’s cheekier comments is about her desire to banish from all doctors’ vocabularies the words, “Well, at your age….”)  Indeed.  But I digress.

From my recent experience, I’ve noticed two ways that death creates anxiety.  One is simply that it is the “Great Unknown.”  We have no idea precisely what happens after we die, and for many people, that unknowing sows great fear.  But, perhaps an even greater fear arises out of the whole idea of ceasing to exist.  We are here and one second later, like a vapor, we are not.  Worse still, within two or three generations, no one will specifically remember us.  Yes, our names will be recorded in various places in official documents, but the people who know us personally will themselves also be gone, leaving no one to bear witness to who we were and the impact of our lives.

A friend reminded me of the many lists of names in the Bible, especially in the Hebrew scriptures (what Christians call the Old Testament.)  Usually we skip over these lists because they seem boring and irrelevant and the names are woefully hard to pronounce.  But I’m seeing the wisdom of these rolls in an entirely new way.  What a gift to have one’s name recalled decades, even centuries, after your death, by new generations who honor and recognize your contribution to their lives.  It is a way to keep alive the memories and sacrifices of those without whom none of us would be here.

On Saturday I will stand in a pulpit and speak the truth as I understand it:  that despite all appearances, death does not have the final word on our lives.  The resurrection of Jesus is the sure and certain promise that in our living and dying, we belong to God and thus, we will share God’s life which is eternal.  I don’t know how that will look exactly, but I do know that if I believe that to be true, it will shape how I live today and every day that is gifted to me.