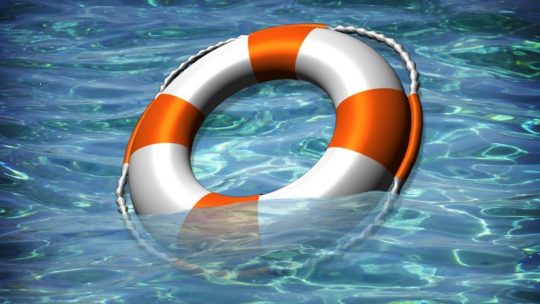 Majoring on the Minors

As we continue our summer sermon series on the Minor Prophets, we come this morning to the one prophet out of the twelve that we’ve likely all heard of—the prophet Jonah.  Because Jonah is such a familiar and popular biblical story, we’re going to have some fun with it, hearing it, I hope, from a little different perspective.  I use the word, “hearing” intentionally.  Let’s follow this unfolding story by listening for the “Jonah soundtrack.”  The first sound we hear is the scream of retreat.

You no doubt know how the story starts.  God gives Jonah an assignment.  His task is to go to Nineveh, the capital city of Assyria, one of Israel’s most bitter enemies, as you may remember from last week’s sermon on Obadiah.  Jonah is sent to “cry out against” Nineveh because of the Assyrians wickedness.  In other words, God is sending Jonah on a preaching mission with the express purpose of calling Nineveh to repentance.  Jonah wants no part of this plan.  Maybe it’s out of fear, maybe out of spite; we’re not sure.  What we are sure of is that instead of using his voice as the mouthpiece of God to preach to this foreign nation, Jonah instead shuts up, screaming an internal “no way” as he boards a ship headed to Tarshish which is in the opposite direction of Nineveh.

Perhaps you can sympathize with Jonah as he tries to escape from this hard thing God has asked him to do.  God asks us to do hard things, too—forgiving a family member instead of hanging on to bitterness; moving out of our comfort zone to serve people who aren’t like us and may not even like us; giving our resources of time or money to help someone when we can think of things we’d rather do with those resources.  Like Jonah, we can run screaming in the other direction, but as Jonah discovered, no matter where we go, God goes with us.

Next on the Jonah soundtrack comes the howl of awareness.  A storm creates panic on the ship, but it’s interesting that the person who should be yelling the loudest is sound asleep at the critical moment.  The sailors are screaming in fear while Jonah is snoring in oblivion.  The pagan seamen awaken Jonah to see if his “god” can provide relief from the storm.  Jonah immediately knows what’s going on and seems resigned to his fate.  “I know it is because of me that this great storm has come upon you,” Jonah confesses to his shipmates.  Again, it is the pagan sailors who pray to God in this moment, while Jonah himself still won’t say anything to God.  He’d rather take his chances and get tossed in the turbulent sea than go to Nineveh, even as he is fully aware that his own rebellion is causing this disaster.

Can you relate to Jonah’s stubbornness?  I sure can.  Sometimes we need to admit that we are wrong, painful as that admission may be.  At times like this we can resign ourselves to a fatalistic way of thinking, or we can repent and pour out our howls of awareness and confession to God, who is the only one who can stop the storm of bitterness, fear, anger or whatever it may be that is raging inside us.

Following Jonah’s instructions, the sailors toss the prophet overboard.  As Jonah slips beneath the waves, God provides rescue in the form of a large fish.  Now cooling his heels in the stinky darkness of the fish’s stomach (which Jonah equates with Sheol, the realm of the dead), Jonah finally speaks to God directly and cries out for deliverance.  This section of the soundtrack, the wail in the whale, is the moment when Jonah begins to come around, when he says, “what I have vowed, I will pay,” meaning that he will finally do what God has called him to do.

Some commentators have suggested that Jonah’s sojourn in the belly of the great fish represents the rock bottom of human experience—the lowest point to which you can sink without actually dying.  Many of us know what that feels like.  We know what it is to be brought low by disease or tragedy, addiction or depression, moral failing or relational implosion.  It is a space that is as dark and as lonely as it can possibly be.  The good news is that while there is no place we can run from God, there is also no place so far away or so disgusting or so dark that God does not hear us when we wail.  Despite how it may feel at times, even at rock bottom, we are not alone.  God is there with us.

The soundtrack changes again when the fish barfs up Jonah on dry land.  You might call it a moment of gastrointestinal grace.  Jonah, like us, gets another chance from the God of second chances.  Jonah hauls his fishy-smelling, seaweed-draped carcass off the beach and goes to Nineveh as God had told him to do.  Jonah begins to preach the message of impending judgement and doom upon the capital city, and then we hear it: the shriek of surprise.  Who saw this coming?  The Ninevites actually believe the message Jonah is telling them, and they repent before God.  They cover themselves with sackcloth and ashes, declare a national fast, and change their debauched and evil ways.  Even the king repents, and an old-fashioned revival breaks out in the city.

What a timely message for us, church.  How often do we expect, really expect, that God’s word will bring about real change in our lives and in our world?  Or, are we more likely to soft-peddle our faith to others instead of sharing with clarity and conviction the core values and beliefs that shape our lives?  The reality is that when God’s word is proclaimed, things happen—lives are changed, people turn around and go in new directions, sin is dealt with.  I’m not talking about proclaiming God’s word only from the pulpit, though I certainly trust that what we do in worship impacts us.  But we are all preachers.  We are preaching every day by our words and actions about who Christ is and what faith in Christ means to us.  The goal is not that we see immediate results, like Jonah did.  We are called to be faithful, not to be fast.  We are simply responsible to speak about our own lives and faith in authentic, relevant, winsome ways, trusting the outcome to God.

Sadly, the Jonah soundtrack does not conclude with shouts of joy over a city’s return to God.  With the sounds of Nineveh’s repentance ringing in his ears, Jonah, instead of rejoicing, pitches a fit in what we might call the rant of self-righteousness.  The truth is that all along, he wanted the pagan Ninevites to suffer…but noooo.  God is a God of mercy, “slow to anger and abounding in steadfast love” rather than a smiter of cities.  The concern God has for Nineveh and its people is literally translated as “tears in the eyes.”  In other words, when God looks upon Nineveh, God sheds tears of compassion.  It’s a similar picture to that of Jesus weeping over Jerusalem with a deep wellspring of longing for them to experience the love and mercy of God.  But Jonah is shedding no tears.  Jonah doesn’t want Nineveh to get a second chance even though he was the glad recipient of a second chance himself.  Jonah would rather die than admit that God knows what God is doing in sparing Nineveh.

Even then, God is ironically merciful to Jonah, growing a bush to shade the prophet in his sullen snit.  And Jonah is glad for the respite from the scorching sun.  The Hebrew word used here is “yakta” meaning ‘exceedingly happy.’  Jonah is exceedingly happy for the bush, but the bush did not last and in Jonah’s reaction to the loss of his happy place, there are a couple of final takeaways from this story.

Jonah’s story has a lot to say to us about expectations.  From the beginning to the end, Jonah has expectations of God that God chooses to ignore.  At the start of the story, Jonah is miffed with God because he wanted God to give those Ninevites what they had coming to them, what he, Jonah, “knew” they deserved.  Mercy proved to be a real disappointment to the prophet from Joppa.  Why wasn’t God willing to throw down some fire and smoke at Jonah’s enemies?  Why didn’t God get on board with Jonah’s agenda?

And then there’s the whole business with the bush.  God provides us with bushes, too, with things that make us exceedingly happy.  There is nothing intrinsically wrong with these things—a good job, family, a cool breeze on a warm day like today, a home, good friends.  Gratitude is the appropriate response to these gifts.  But there are times when we veer off into expecting a “vending machine God”:  one who gives us what we want, when we want it.  And when we get something we’re not expecting—an illness comes, a setback occurs, the task is harder than we bargained for, we are betrayed—then we blame God for our unmet expectations.

Perhaps we might look at the dying bushes in our lives and receive them as yet another gift of God—a way of God awakening us to God’s bigger purposes.  Maybe we’ve become too dependent on the bush and we need to be weaned from it, even though it is a painful process.  Perhaps the withering of the bush is an invitation to seek the Lord in a deeper way, to allow something in us that is less than merciful, less than compassionate, less than forgiving to be transformed.  When our bushes have been eaten away, does it drive us to God, or does it drive us away, and what do those two choices tell us about how we really look at God?

Sadly, for Jonah, his self-righteous anger would not abate, even when God compares Jonah’s concern for his bush to God’s concern for more than 120,000 people in spiritual distress.  In an unexpected twist, the story leaves us hanging, without a resolution between the pouting prophet and the pleading God.  That opens for us a brilliant opportunity to think about how we want our own story, our own soundtrack with God to go. We can sulk when things don’t go our way, or we can ask God to show us where God is going and how we can get on board with his divine, eternal plans.  May we choose a soundtrack that soars with the joy of living in God’s mercy and sharing that mercy with all—especially those who, like us, don’t deserve it.