The Power of Belief (& the Nats Won!) 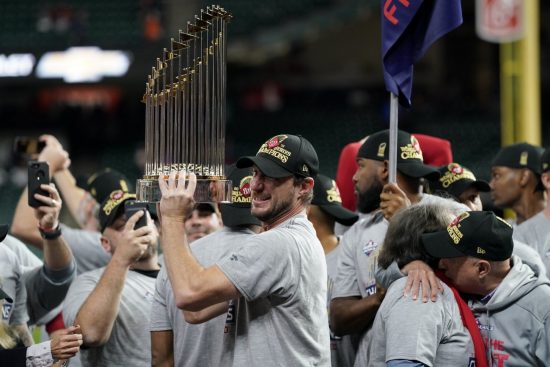 THEY DID IT!!!!! The Washington Nationals defied the odds and the naysayers to make history by winning the 2019 World Series last night in Houston, Texas. They did it in typical gut-wrenching, heart-stopping fashion, coming from behind in yet another—but decidedly last—elimination game. As has been well documented, five times they have been pushed to the brink during this postseason, and five times they have somehow managed to win which means that as the 2019 season concludes, they are the last team standing.

I am sleep deprived. I am spent. I am hoarse. It will take weeks, rather than days, to absorb what I have witnessed during this improbable month. But, without a doubt, the theme that stands out to me the most after following the Nationals for the past seven months is the power of belief.

What is it about the human spirit that allows some people to continue to believe—in themselves, in others, in God—when every circumstance seems to indicate that belief is unfounded, even ridiculous? In his book Man’s Search for Meaning, Viktor Frankl describes being stripped of every freedom except one: the freedom to choose how we react to our circumstances. Frankl wasn’t speaking philosophically. He was a Holocaust survivor, and his claim was that even there, under the most extreme and horrific conditions most of us can imagine, he still had a choice to respond in faith or fear, to act humanely or not.

I am in no way comparing baseball to what happened in Nazi concentration camps. I am simply awed at the ability of human beings to take hopeless situations and somehow, choose to live in hope and faith anyway. On May 24th, the Nats were written off as dead. Oddsmakers gave them less than a 1% chance of becoming World Series champions. That’s what happens when you win only 19 of your first 50 games. But they continued to believe in themselves. They continued to show up each day and do their jobs. They ignored the negative talk swirling outside the clubhouse. It didn’t happen all at once, of course. It didn’t come smoothly or easily. But last night they hoisted a trophy that five months ago appeared out of reach—except to the 25 guys and their coaches and staff who believed in one another and the possibilities that still awaited them.

I am blessed to bear witness to champions everyday: people whose faith enables them to persevere through cancer treatments, to endure a broken relationship, to care for a demented parent, to battle addiction, to suffer the pain of grief. I am awed at the power of a community to lift one another in mutual love and support. I am inspired by the joy people discover even in the midst of the bleakest of situations. Perhaps there is no greater joy than journeying together through the wilderness (or a 19-31 start to your season) and coming out the other side to stand on the mountaintop. As in baseball, the mountaintop moments in our lives are rare, so it’s important to celebrate them when they come.

So, celebrate I will, Baby Shark hat and all. Thanks for a wild and beautiful ride, Nationals. I’ll see you again in April.