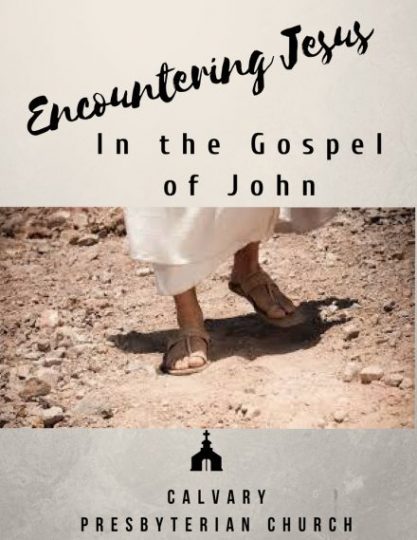 “Sticks and stones may break my bones, but words can never hurt me.”  Did anyone else besides me grow up hearing this taunt on the elementary school play-ground?  When you’re 9 or 10 years old, you say something like this because you are trying to find a way to beat back, or at least deflect, the assault on your small, vulnerable personhood, and kids can be astonishingly cruel in what they say to one another.  But, looking back, we know that this childhood adage is not actually true. Words can do every bit as much damage as sticks and stones, and they can leave us with scars every bit as real and as deep as anything physical can do.

Children are not the only ones who misunderstand the importance and impact of words.  When Shakespeare’s Prince Hamlet is asked a question about what he’s reading, he responds, “Words, words, words”, implying that the words in front of him are meaningless.  There’s a Latin expression that specifically speaks to this as well—facta, non verba, which translates to “deeds, not words.”

Certainly, actions are important.  We see that throughout scripture. But be careful.  If we give too much priority to action, we miss the creativity of expression.  The fact is, words have real power.

Genesis records that “God said, ‘Let there be light’; and there was light” (1:3).  God didn’t build an energy station to turn on the light but instead spoke light into being.  Then God did the same for the sky, the land, the seas, the plants, the animals and even humankind itself.  On each day of creation, God spoke a truly creative word.

According to the prophet Isaiah, God insists that “my word…shall not return to me empty, but it shall accomplish that which I purpose, and succeed in the thing for which I sent it” (55:11).  For God, the Latin expression facta, non verba doesn’t make sense.  God doesn’t distinguish between words and deeds, because for God, words are deeds.  God’s words act to accomplish his goals.

The significance of God’s word reaches its peak in the New Testament, where we learn that God’s “Word became flesh and lived among us” in Jesus of Nazareth.  No longer limited to speech, God’s Word takes human form, becomes incarnate and begins to walk among us as a living, breathing expression of God’s grace and truth.  Word, deed, flesh and spirit all meet in Jesus, to show us most clearly who God is and what God desires for us. “No one has ever seen God,” claims John in his gospel.  “It is God the only Son, who is close to the Father’s heart, who has made him known” (1:18).

Words have power to bring light into darkness, accomplish God’s purposes, and deliver a much-needed message of grace and truth.  They can be so powerful, so right, so good that they can change the world. Think about some of the words that have had a profound effect on our lives in the last 30 years:

In 1985, Allen Carr wrote The Easy Way to Stop Smoking and 25 million people kicked the habit.  Two years later, Randy Shilts wrote And the Band Played On, forcing the world to pay attention to AIDS.  In the early 90’s, Peter Kramer’s best seller Listening to Prozac helped transform America’s attitude towards pharmaceutical treatment for depression and mental health disorders.  In 2001, Barbara Ehrenreich went undercover as an unskilled laborer, trying to survive on the going rate of the time–$5.15 an hour.  Her book Nickel and Dimed was one of the forces that led to changes in the minimum wage.  And, of course, the use of texts, blogs, tweets and the like through social-networking technologies has fueled activism around the globe from the Arab Spring to the Women’s March on Washington to the #MeToo movement.  Do not underestimate the power of words to shape our lives and even to change the world.

Ultimately, this is what God’s Word is meant to do—to change us, to transform us. Transformation is the purpose of the incarnational presence of God in the world.  John tells us that the Word became flesh and lived among us, and what that accomplished was life and light and exposing God’s glory, the glory illumined by a father’s only son, full of grace and truth (1:14).  Jesus is the most world-changing of words, and he made God the Creator and Father known to us.

Not that this was easy for Jesus to do.  John also tells us that Jesus “was in the world…yet the world did not know him.  He came to what was his own, and his own people did not accept him.” We know this to be true in our own lives, don’t we?  Words often have to overcome tremendous resistance and rejection before they can change the world—just ask the protestors in Iran or Egypt or Washington D.C.  This is true even when the word is the one and only Word of God.

“But to all who received him,” John continues, “who believed in his name, he gave power to become children of God, who were born, not of blood or of the will of the flesh or of the will of man, but of God” (12-13).  John is telling us that transformation begins when a word is received, and a person starts to believe it—when a reader doesn’t just read the words on the page but believes what Randy Shilts has written about AIDS, for example, or what Barbara Ehrenreich has learned about the minimum wage.  When we receive what God is saying to us through Jesus and believe in him, then our lives are changed forever. The Lord gives us power to become children of God, and we discover that we’re eternally loved and guided by the One who created us.

Hearing the word, receiving it and believing.  That’s how transformation begins. Then, as members of God’s family, we are given an intimate glimpse of God’s life- and world-changing work.  “We have seen his glory,” says John. Jesus brings God’s grace and truth into the world and shares it with us and with all who believe. Suddenly we have a fresh new vision of God and his desires for the world.  Our perspective shifts from law to grace, from checking a box to developing and nurturing a relationship of love and intimacy. God’s word of grace and truth will not return to God empty but will accomplish God’s goals, goals that include wholeness and healing, redemption and renewal, health and hope, peace and purpose, life and light.   All because of God’s grace and truth which are not “just words” but a new reality, a new kingdom that God is creating through Jesus.

So how do we receive these words, believe them and put them to work to experience transformation in our own lives and in the world?  Receiving grace means accepting God’s love as pure gift—a gift that comes to us unearned and undeserved, out of the endless and eternal expanse of God’s merciful heart.  God accepts us simply because he wants to accept us, and he offers us his unconditional love because he desires to surprise and delight us. As children of God, there is no good we can do to make God love us more, and no evil we can do to make God love us less.  The love that comes to us through Jesus Christ is overflowing and unconditional, “grace upon grace.”

But along with receiving God’s grace comes believing God’s truth.  The Rev. Dr. Martin Luther King Jr., shocked America with a profoundly simple and truthful Christian message.  In a Sunday morning sermon at Montgomery’s Dexter Avenue Baptist Church, King was preaching about Jesus’ Sermon on the Mount.  He concluded with these words: “As I look into your eyes and into the eyes of all my brothers in Alabama and all over America and all over the world, I say to you, ‘I love you.  I would rather die than hate you.’”

What powerful, profound words, beautiful, radical, challenging and thoroughly Christ-centered.  “I love you. I would rather die than hate you.” Were those “just words?” Hardly. Then and now, these are words with the potential to shine the light of God’s love into minds and hearts gripped by darkness; to offer life, renewal and new beginnings to relationships that are in the death-spiral of hatred; to transform how we treat people who are different from us or disagree with us or have different values or perspectives.  These are words that if we believe them can bring civility to our national discourse; can lead to true community where we are more concerned about our responsibilities to and for one another than we are with our own individual rights.  These are words that can lead us to words and deeds of compassion, mercy, humility and grace.

There was a time when God uttered a Word so that the world would be changed.  That Word was Jesus, and it is a word that is alive, that is provocative, that is as powerful today as it has ever been.  Do you hear it? Will you receive it? Do you believe it? “In the beginning was the Word and the Word was with God and the Word was God.  What came into being through the Word was life, and the life was the light for all people.” Thanks be to God. Amen.