A Cross-Shaped Life: The Cross as Plumb Line 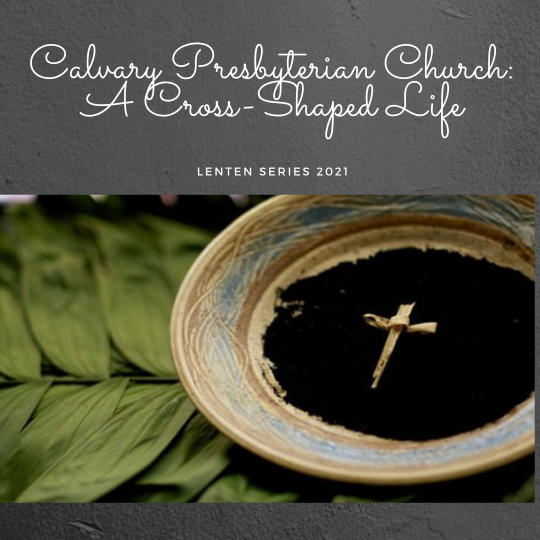 20 Mar A Cross-Shaped Life: The Cross as Plumb Line

A Cross-Shaped Life:  The Cross as Plumb Line

Our live service will be broadcast from our YouTube channel at 10:00 a.m. and can be accessed here.

What year was the worst year ever to be alive?  I know it’s tempting to nominate 2020 and without a doubt, last year was a year that will be discussed, written about, and dissected for years and even decades to come.  But from a historical perspective, 2020 likely won’t even crack the Top Ten for worst years on planet Earth which, after all we’ve endured over the past twelve months, is a pretty terrifying thought.  For some perspective, listen to this:

“A foreboding cloud of black ash blocks out the sun from Europe to Asia. An outbreak of bubonic plague coincides with a piercing cold snap.  Crops fail.  Starvation, darkness and squalor abound.”

That is the opening paragraph of an article declaring that in the history of humankind, the year 536 was the worst year ever to be alive in the Northern Hemisphere, according to research by a group of history and climate specialists.

The black cloud they mention was the result of a massive volcanic eruption in Iceland that triggered 18 months of darkness.  “For the sun gave forth its light without brightness, like the moon, during the whole year,” wrote Byzantine historian Procopius.  And that was compounded by two more eruptions in 540 and 547.  The cloud of ash produced by the eruptions blocked the sun, which caused frigid temperatures that blighted crops, resulting in starvation.  This was followed by an outbreak of bubonic plague that wiped out somewhere between a third and a half of the population of the eastern Roman Empire and led to an economic downturn that lasted 30 years.

So if you could be a time traveler, the year 536 probably should not be on your itinerary.  And don’t forget that historians settled on 536 as the worst year despite some other significantly dark contenders, including 1349, when the Black Death wiped out half of Europe, and 1918 when the last global pandemic killed 50 to 100 million people around the world.

On a smaller geographic scale but a monumental scale theologically, 722 B.C. would be a candidate for the worst year to be alive, especially if you were God’s chosen people.  The timeframe is the post-Davidic period of the divided kingdom. The capital and worship center of the southern kingdom of Judah was Jerusalem, whereas in the northern kingdom of Israel, the capital was Samaria and the worship center was Bethel.  Despite having designated holy centers, there were some decidedly unholy things going on in Israel—dishonest merchants, abuse of the poor, court decisions being bought and sold, corruption in the priesthood, and, of course, idolatry.

So, God did what God has often done when his people lose their spiritual bearings.  God called a prophet to speak to the people, to confront them about their sin.  Amos was that prophet, so he left his home in the southern kingdom to travel north to Bethel.  He told the people there about God holding a plumb line in the midst of Israel and that they were “out of plumb” spiritually, meaning, they were far from where God wanted them to be.  Amos warned that unless they repented, Israel would suffer God’s judgment.

Not surprisingly, Amos’ words did not please his audience.  Amaziah, the chief priest of Bethel, stepped forward to remind Amos that he was a foreigner, essentially telling him that if he wanted to prophesy, he should go home to Judah and tell his own people about their sins and leave Israel alone.  Amos responded by telling Amaziah what was going to happen to Israel.  Earlier in the chapter, God had showed Amos a coming locust plague (7:1-3) and a shower of fire (7:4-5), acts of judgment that God called off at Amos’ intervention on behalf of Israel.

But now, with Israel’s refusal to repent, Amos says that in just a few years, Israel’s king will die by the sword, the nation will be destroyed, and the people will be forced into exile (all of which happens when the capital falls to the Assyrians in 722 B.C., making it a bad year indeed for the Israelites).  Amaziah didn’t believe any of this and ordered Amos to go home.  Amos continued prophesying, saying that the coming year of exile for Israel would also be the worst time to be alive for Amaziah personally.  Specifically, his wife would become a prostitute, his sons and daughters would be violently killed, his land would be parceled out to others, and Amaziah himself would die in exile.  A bad year, indeed.

In any given year, there’s always enough bad news to convince us that things overall are terrible and that at least for some people, it is the worst of years.

Amos mentioned a locust attack, and it was common in his day to use the phrase “the years the locusts have eaten” to refer to wasted years and even a wasted life.  A good many people look at 2020 that way and headlines have proclaimed it “a wasted year.”  But for other people, it was a year of productivity, change and growth.  Which begs the question: what makes for a good year or a bad one?

What makes for a good year or a bad one?

For most of us, whether we’re in the midst of a good year or a locust-eaten year is likely less about national or global events than it is about matters which have a direct impact on our lives and those of our family members.  Now, living through a global pandemic has renewed our appreciation for how interconnected our lives are with one another.  But even so, how we will remember the past twelve months will be significantly colored by how we and those closest to us were touched personally.  People who lost multiple family members to Covid-19 or who were separated from loved ones at the time of death versus those who lost no one; people who got sick but recovered versus the Covid long-haulers whose health and lives have been permanently altered; those who lost jobs versus those who didn’t; those who used the disruptions of the past year to make positive changes—from relocating to changing jobs to getting fit to saving money—versus those whose year was cripplingly lonely or fearful or stressful.

And, of course, this past year has been about more than the coronavirus.  Unrelated to Covid, at some point or another we all deal with illness, accidents, failed relationships, upended plans, unrealized dreams, and death.  So, the most important question is not what makes for a good or bad year; it’s how can we adjust our attitudes and/or change our behaviors to create “good years,” that is, purposeful and productive years, rather than “years that the locust has eaten”?

I want to offer three suggestions for your consideration, with the caveat that I’m assuming that we know it is foundational that we avoid the kinds of rebellious, sinful choices that Amos was speaking to Israel about.  Deliberate choices that put our lives and the lives of others at risk often result in locust-eaten years.  That said:

First, remember, it’s not about you.  Even in years when things seem to be going well, we can have a sudden feeling of life flattening us.  Such feelings can happen anytime, but we are especially susceptible when something changes our routine, like our last child leaving home, or achieving a huge goal, or arriving at retirement.  In these times it’s normal to feel as though our life purpose has been yanked out from under us. We may find ourselves at loose ends, feeling aimless and wondering what the meaning of life is, if, in fact, there is any meaning at all.  It may seem like a bad year.

This is exactly when our faith provides us with a plumb line.  No matter what is changing around us, we know that God has a purpose for our lives—to give glory to God—and that by doing that, in all the forms it can take, our lives are infused every day with meaning.

Several years ago, psychologist Henry Link, through his study of human behavior and psychology, gave up Christianity as an outdated superstition.  In working with his patients, however, he found that often, as he tried to help them unravel tangled lives and bad years, he needed to be able to give them something to love outside of themselves.  The only permanent thing he could offer was God, and Dr. Link soon found that he had talked himself back into being a Christian.

The truth is that we need the satisfaction and purpose only God can give and taking the focus off ourselves remains a way God invites us to make our years good, even the challenging ones.  Because it’s not about you.  It’s about God.

Second, remember, it’s not about the money.  A feverish quest to fatten one’s bank account is not going to make anyone happy.  Back in the day, Sears, Roebuck and Company used a marketing slogan that went something like this: “The Good Life at a Great Price.  Guaranteed.”  Washing machines, big-screen TVs, and lawn furniture—as attractive as such items may be—do not constitute the good life as described in the Scriptures.  Those things are beside the point.

More than being beside the point, the single-minded pursuit of pleasure through consumer spending is a significant detour away from the life of the Spirit.  Think of the sad tale of the rich young man who asked Jesus what he must do to inherit eternal life.  Jesus told him, “Sell what you have and give it to the poor.”  The young man “went away sorrowful”.  He simply had no idea what the good life really was.  While having enough money to provide for our families is important, money does not and cannot provide ultimate meaning to life.  It’s foolish to pursue it as an end in itself, and when we use God’s Word as a plumb line, as with the story of the rich young ruler, we are inspired to recognize that.

Finally, remember to shift the focus to others.  It’s hard to be bullish on a larger view of life when we focus too much on ourselves.  We will be happier and feel closer to God and have a good year when we reach beyond ourselves to help others—to love our neighbor as we love ourselves, as Jesus put it. And when the motive for helping others grows out of a commitment to Christ, the meaning of life becomes clearer.  There’s an old saying: “We make a living by what we get.  We make a life by what we give.”  Generosity that grows out of compassion for others  is another important plumb line.

It’s not about you.  It’s not about the money.  It’s about others.  Which is another way of saying, it’s about living for Christ which can turn, even a locust-eaten year, into a good one.  Thanks be to God.  Amen.