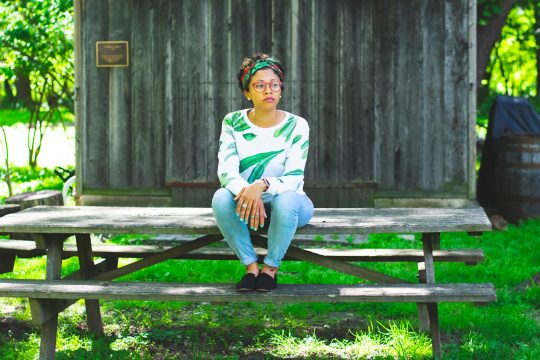 Within the past month, two stories have appeared in the newspaper that put the randomness of life on vivid display.  In one instance, the randomness was tragic; in the other, inspirational.

The two events both occurred on beaches, but the beaches were over 5000 miles apart.  In San Diego, California, a family was gathered to celebrate Elizabeth Cox’s survival of breast cancer.  Without warning, a 30-foot long slab of the cliff above them collapsed, sending tons of sandstone on to the beach.  Cox was killed instantly at the scene, while her sister, aged 65, and niece, aged 35, died later at local hospitals.

Just a week prior to this tragedy, another dramatic scene played out at a beach near Dublin, Ireland.  A six-year old girl on a pink flamingo-shaped raft was carried out nearly half a mile into the choppy waters of the Irish Sea.  Four brothers, who were visiting Ireland from the D.C. area, had just unpacked their towels, after arriving for a relaxing day on the beach.  Within seconds, they were sprinting into the water and swimming toward the girl for what would become an almost hour-long rescue effort.

Three of the brothers had been competitive swimmers, while the fourth is an ultra-marathoner.  After finally reaching the little girl, they took turns swimming on their backs with the girl on their chests as they made their way against the current back to shore.  Beachgoers rushed to cover the girl in layers of towels as the brothers moved her into a beach tent erected to protect her from the elements.  A rescue crew and paramedics arrived and took the girl to a hospital.  She was later released.

Ironically, the brothers had traveled to Ireland to celebrate the life of their recently deceased grandfather, whose brother drowned on the same date decades before the rescue.  “It’s kind of like this godly, guardian angel kind of feeling, that the same day he drowned 64 years ago is the day we actually saved the life of a 6-year-old girl,” said one of the brothers.

It’s easy to feel a sense of gratitude to God for the heroics of the four brothers and to celebrate their dramatic rescue of a little girl.  But what do we do with the other story?  How do we see God’s hand at work in the life of a woman who survived all the months (or years) of pain, treatment, and illness of breast cancer, only to lose her life in a freak accident on the very day she gathers with her family to celebrate her recovery?

Too many times we want life to be simple and neat.  We want the good guys and gals to win and the bad ones to be punished.  And truth be told, all too often we want God and faith to work that way, too.  We want to be able to explain away the randomness that at various times creeps—or crashes—its way into our lives.  But we can’t.  These are precisely the times when waiting, trusting, and acceptance become our work and often, our “dark night of the soul.”  Difficult things are bad enough, but when they are unfair, random, and seemingly without purpose or meaning—these are the events that rock our world and bring us to our knees.

I want to urge you to embrace the invitation that is embedded in the random events of life.  Don’t rush to dull the pain or explain anything or find meaning.  Simply sit with God and wait.  “Wait with me for a while.  I have much to tell you.  You are walking along the path I have chosen for you.  It is a privileged and a perilous way” (from Jesus Calling, by Sarah Young).

Privileged and perilous, yes.  It is also the way of abundant life.