Lessons from My Grandmother’s House 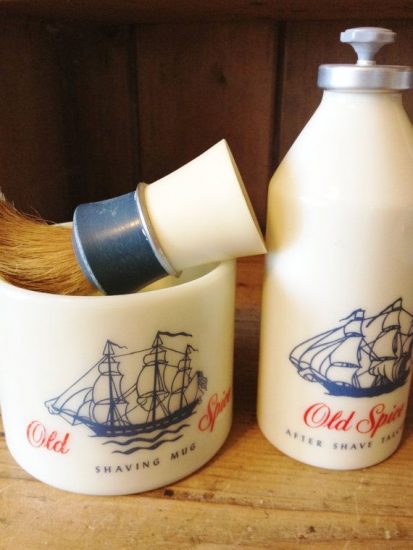 14 Jul Lessons from My Grandmother’s House

For the past two weeks I have been out of the office.  I cannot say I’ve been on “vacation” because there wasn’t much about my time away that was restful or relaxing.  I cannot even say I was “away from work” because I “worked like a dog”, as the saying goes, for the entire two weeks.  But, it was a different kind of work. I have been in Arkansas with my family, attending to the needs of my grandmother who is 100 years old.

“Mama H,” as we call her, turned one hundred in January.  Five days before her centennial birthday, she missed a small step and broke her ankle.  As these things frequently go, it has been downhill ever since. The cast came off in March, and the problems accelerated, culminating with a stroke the week after Easter.  Prior to the stroke, she had been living at home with assistance from her extended family. Since April, however, she has been in one Emergency Room, hospital bed, rehab center or nursing facility after another.  Nothing has been long-term. Nothing has provided stability.

In a couple of weeks Mama H will be moved to a skilled nursing facility where around-the-clock care will be available.  This is a sad, but necessary, development. In the meantime, while I was home I gave my mother a break by providing my grandmother’s personal care for the days I was there.  Bathing her, helping her dress, making her bed, attending to her toileting needs. The aging human body is not a pretty sight. Yet it is also a beautiful sight, though it takes a particular kind of vision to see that, to see beyond the inevitable disease and decay that comes to all of us as we grow older.

After my daily runs to get my grandmother ready for the day and visit with her, I spent time in her home.  She and my grandfather bought their nearly three-acre homestead and built their house in 1954. It is a beautiful piece of property, full of the rose bushes my grandmother so lovingly tended, and day lilies and irises that provide clumps of color amongst the mature trees and bushes, all now severely overgrown.  I have never known my grandmother apart from this house. Now all of a sudden, it must be sold to provide the funds for her care.

While my brother replaced a screen door that would no longer close, I started in on the small half-bath.  An hour and a half and four huge trash bags later, I came across an old shoe box—no lid, just the box.  In it were two partially used bottles of Old Spice aftershave, plus a ceramic mug and a shaving brush.  Next to this box was another lidless shoebox with a man’s shoe-shining kit in it complete with brush, black polish, and old rags.  My grandfather died in 1975, 43 years ago. My grandmother never had been able to let go of these two shoeboxes holding the most daily and ordinary of objects, remnants of a life really well lived.  My grandfather and I had a special bond, and finding that Old Spice undammed a torrent of memories.

And that’s how it went.  In the bedroom, in the kitchen, in the linen closet, tucked away in the most unexpected of places, a random object was discovered that reawakened my memory, memories of events or people that I’d forgotten even existed.  It made me wonder if we ever really forget anything…..or, do memories just get crowded out of our consciousness, buried beneath the relentless list of what we have to remember for today?

This exercise of cleaning out my grandmother’s house brought home another profound point: the difference between what lasts and what doesn’t. Truthfully, much of what I cleaned out was trash.  Old papers, linens, clothes—some of it literally disintegrated in my hands. It gave me a valuable perspective on the things that I struggle to let go of.  I don’t want my children to one day be sorting through my belongings, filling up garbage bag after garbage bag of old, forgotten stuff.

On the other hand, what was meaningful was to come across my aunt’s wedding suit, along with a dress worn by my mother for her senior voice recital in college.   My grandmother had sewn both of them on a treadle sewing machine, stitching the lace by hand. The cedar chest in which I found them was not three feet from the sewing machine—still set up for use, though Mama H hasn’t sewn in decades.  The two garments were carefully wrapped in tissue paper, laid on top of two scratchy wool blankets which went straight to the trash. Microfiber and fleece are improvements that should not be taken for granted.

So many memories, so much emotion, lots of laughter, a few tears, a debilitating headache from rotten carpet that should have been replaced two decades ago—I hardly made a dent in the work that needs to be done before my airplane ticket was insisting I return to my real life, my “day job,” my responsibilities as a mom, pastor, friend and neighbor.  I left with regret, because the job was not finished. I left with sadness, missing my dad, my grandfather, and the carefree life of childhood when I was the eldest of eleven grandchildren roaming that property with abandon, running barefoot everywhere, making friends with every granddaddy longlegs that found our hiding places, outracing the boys to avoid being tagged “it.”

And I left with gratitude.  Gratitude for memories reawakened, for lives faithfully lived, for chapters ending and new ones beginning.  And for Old Spice aftershave. Especially that.

Read more about Pastor Michelle Fincher and the Calvary community.We hope you will join us!